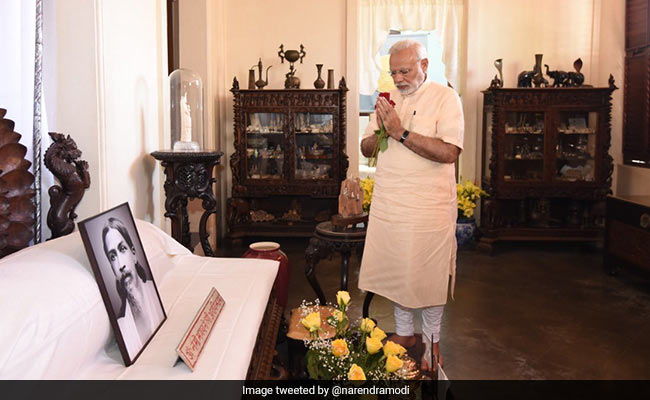 Prime Minister Narendra Modi today paid tributes to revolutionary-turned-philosopher Aurobindo Ghosh during his monthly Mann Ki Baat radio talk show, days ahead of his 70th death anniversary. Recalling the late guru's views on "swadeshi", he cited a Bengali verse to highlight the significance of his government's Atmanirbhar Bharat and Vocal for Local campaigns.

"Just as at present when we are moving forward with the campaign 'Vocal for Local', Sri Aurobindo's philosophy of Swadeshi shows us the path," the Prime Minister said, citing a verse in Bengali. When translated, it reads: "That is, here, even the sewing needle and match stick come on a foreign ship! The people are not free even in eating, drinking, sleeping!"

Today, when we talk about Aatmanirbhar Bharat, we remember Sri Aurobindo.

His vision of self-reliance included keeping our mind open to best practices from all over and excelling.

He also had a dream of furthering education and learning among the youth of India. #MannKiBaatpic.twitter.com/oMYn6IVh5I

The radio talk also zeroed-in on education, a subject the late guru had lucid views on. PM Modi said Sri Aurobindo's ideas were being achieved through his government's new National Education Policy.

The late guru, who died on December 5, 1950, was a native of West Bengal. PM Modi's BJP is aiming to uproot the state's ruling Trinamool Congress government headed by Mamata Banerjee in the legislative election scheduled to take place there in a few months.