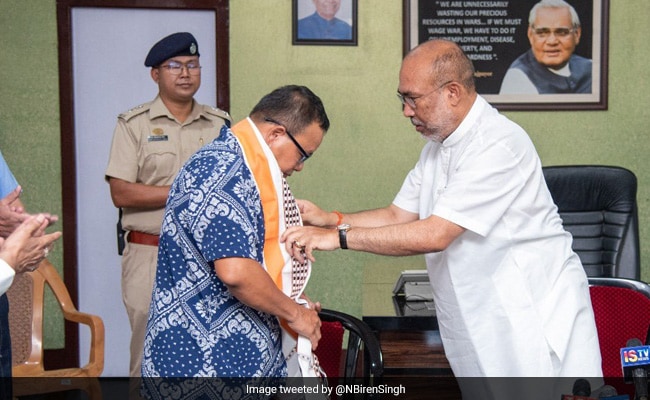 An insurgent leader in Manipur has surrendered and agreed to return to normal society at an event where Chief Minister N Biren Singh attended in state capital Imphal.

This development comes close on the heels of 14 insurgents in Manipur laid down arms two weeks ago.

Ibotombi, who was the RPF (PLA) deputy assistant secretary of health and family welfare before surrendering today, is a resident of Bishnupur district. He was associated with the armed group since 1994-1995.

The recent homecoming of numerous cadres of underground outfits shows the trust in the leadership of Hon'ble PM Shri @narendramodi Ji. pic.twitter.com/corxghmjBt

The Chief Minister said Ibotombi came to the mainstream after trusting the changes brought about in the state by the central and state governments, and the firm commitment of central leaders towards the development of Manipur and northeast India.

"I would like to appeal to the people of the state, and those who left their homes for a cause, to come back and join the mainstream so that we can live peacefully, and work together for a new Manipur and India," Mr Singh said.