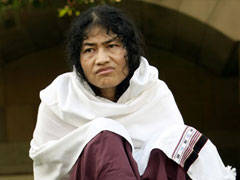 PRJA is the first regional party in Manipur which has resorted to crowdfunding to finance the poll expenses in the state. The party members are campaigning on cycle to reach out to the masses.

According to PRJA sources, online crowdfunding with a slogan "Ten For a Change" is an idea in order to involve more people, bring in transparency in election funding and reach out to the masses.

The PRJA so far has collected Rs 4.5 lakh through crowdfunding.

"The online crowdfunding is in line with the party's call for accountable governance. When we started the party there was a lot of need for funds. Online funds are transparent and normally political parties face a backlash because they don't have transparency in their funds," PRJA's convener, Erendro Leichonbam told PTI.

"We want to play a positive part in the politics of India, that's why we launched the crowd funding. From the beginning itself every single rupee is accounted for and we know who has donated it unlike others who don't disclose majority of their fund sources," he added.

Promoted
Listen to the latest songs, only on JioSaavn.com
Irom Sharmila, who is contesting against three-time Chief Minister Okram Ibobi Singh, said, "Online crowd-fund is also aimed at ending muscle and money power in elections. Our aim is to change the system for a better Manipur."