Mamata Banerjee's campaign against the CAA (Citizenship Amendment Act) and the NRC (National Register of Citizens) has been punctuated by her disagreements with the local leaders of the Congress and the CPM. 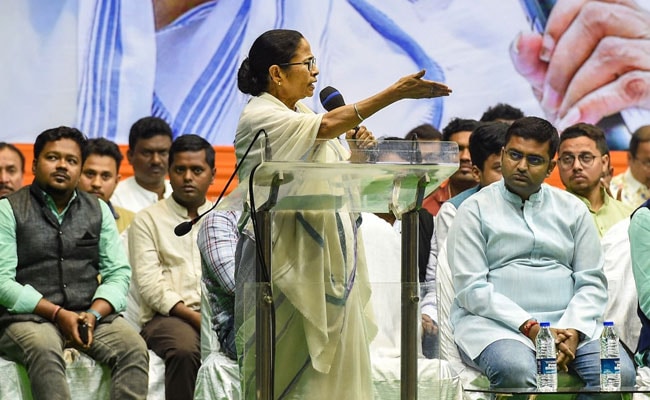 Mamata Banerjee asked the Congress and Left for support but said she's ready to go alone.

Bengal Chief Minister Mamata Banerjee launched a sharp attack on the BJP today as her government placed a resolution against the contentious Citizenship Law in the state assembly. With it, there was a message for the opposition Congress and the Left Front: "The time has come to put aside narrow differences and fight together to save the country," Ms Banerjee said in her address in Assembly on anti-CAA resolution.

At the same time, there was a jibe at the Left Front. The National Population Register was part of the Census process and was done during the CPM regime, she said to huge uproar in the house. She also said that she does not accept the Congress ideology. She, however, asked the two parties for their support but quoting the lines of Rabindranath Tagore, indicated that she was ready to go it alone too. "I am prepared to walk alone... Ekla chalo re," the Chief Minister said..

Mamata Banerjee's campaign against the CAA (Citizenship Amendment Act) and the NRC (National Register of Citizens) has been punctuated by her disagreements with the local leaders of the Congress and the CPM.

At the national level, all three parties are on the same side.  But Mamata Banerjee has been upset over the actions of the state-level leaders of the two rival parties.

The Bengal government's resolution -- weeks after that of Kerala and a couple of other states -- also generated arguments in the assembly.

The opposition pointed out the delay, reminding the government that they had wanted to bring in a resolution weeks ago and was stonewalled by the government.

Today, Mamata Banerjee dismissed it, saying a resolution brought by the government is "more impactful".

2 More Infected With COVID-19 In Mumbai's Dharavi, Total Rises To 5