Hasin Jahan has been asked in a telephonic communication to meet Mamata Banerjee at the state assembly on March 23. 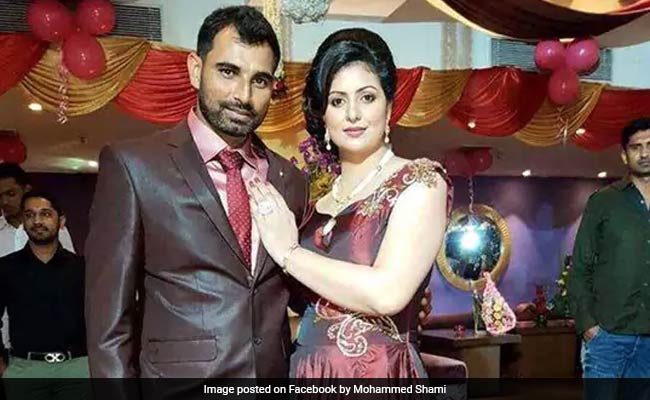 "She has been asked to meet the chief minister at the state assembly on Friday. She has been directed to come alone without her lawyer or anybody from her family," the officer said.

The move came after Hasin Jahan went to Mamata Banerjee's Kalighat residence on Monday and submitted a petition seeking time to meet the chief minister.

Mohammad Shami's wife Hasin Jahan had gone to Mamata Banerjee's residence soon after recording her statement before the magistrate.

She had lodged a complaint with the police alleging domestic violence and infidelity against him.

Hasin Jahan had also alleged that Shami had taken money from a Pakistani woman named Alishba on the insistence of an England-based businessman, Mohammad Bhai.

She had also sent documents related to her complaints against her husband to the Board of Control for Cricket in India's (BCCI) Committee of Administrators (CoA) chairman Vinod Rai for a probe into her allegations of corruption, her lawyer said today.

Kolkata Police had registered cases under non-bailable sections 307 (attempt to murder), 498-A (subjecting a woman to cruelty) and 376 (punishment for rape).

In fact, five persons including Shami have been booked under bailable sections 323 (causing hurt) and 506 (criminal intimidation) among others.

Kolkata Police sleuths have collected a copy of Jahan's statement before the magistrate, a senior officer of the force said.

"This will play a crucial role in our investigation into the matter. In fact, we are at a very crucial stage of our probe into the case," he said.
Comments
Hasin JahanMohammad ShamiMamata Banerjee