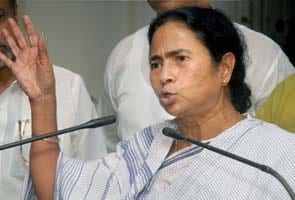 Kolkata: Terming West Bengal Chief Minister Mamata Banerjee as "intolerant", Press Council of India chairman Markandey Katju today said she only wants "yes men" around her. However, he praised her for feeling for the 'aam aadmi'.

"I had praised her earlier...She has got the good quality of integrity. I think she feels for the aam aadmi," said Mr Katju.

"But she must realise that in democracy you have to act in a democratic manner. This is the defect in her. She is very intolerant," he said at a Calcutta Press Club programme.

The press council chief's criticism of the chief minister came on a day when the local media reported about the disciplinary proceedings launched against an Indian Police Service officer for writing two books that were critical of the government.

Quoting Chanakya - the shrewd minister of Maurya emperor Chandragupta - Mr Katju said: "A good ruler is he who appoints good advisers and listens to good advisers."

He quoted a saying in Hindi which means if the king says cat has carried away the camel, you must say yes. "Yes, this is the defect of your chief minister," he said.

Promoted
Listen to the latest songs, only on JioSaavn.com
"She wants yes men. But you must not have yes men around you," he warned.

But Mr Katju also said that Ms Banerjee has shown some improvement in the state. "But she needs to improve more."