The letter had first surfaced in 2017 before the Assembly Elections. It has been in circulation now again as the national elections are being held across the country. 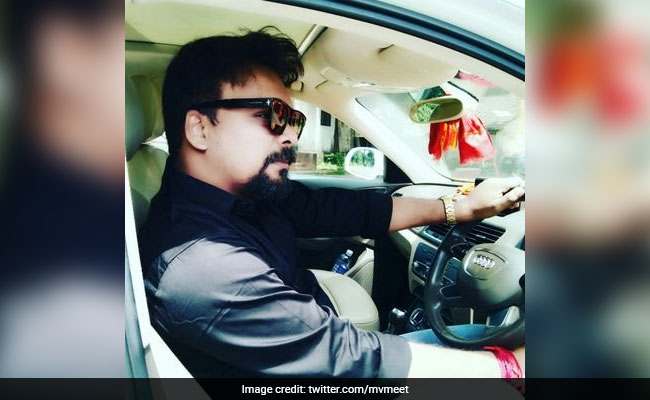 Mahesh Vikram Hegde, a well-known social medial activist and the co-founder of online news portal Postcard News has been arrested today in Karnataka on charges of spreading fake news.

Karnataka Home Minister M B Patil had filed a complaint against the circulation of a fake letter by Mr Hegde. The letter is allegedly written by Mr Patil to UPA Chairperson Sonia Gandhi explaining how he is going to divide the Lingayat Community in Karnataka by granting them the status of a separate religion with the help of a saint. Mr Hegde was arrested in Coorg by the CID.

The Lingayats are a politically dominant group in Karnataka who are devotees of Lord Shiva.

The letter had first surfaced in 2017 before the Assembly Elections. It has been in circulation now again as the national elections are being held across the country.

Mr Hegde was arrested last year on the charges of spreading fake and communally sensitive news. The editor was earlier charged under cybercrime laws for inciting religious hate and conspiracy.

The opposition BJP in the state has condemned the editor's arrest with the party's General Secretary Shobha Karandlaje calling it "vendetta politics". Ms Karandlaje said the Congress-JDS coalition government is "imposing real emergency" in the state.

The only crime of Mahesh Vikram hegde is that, he has been exposing the lies of Gandhi family.

Rebel Aam Aadmi Party lawmaker also tweeted against the arrest and followed it with the hashtag #IStandWithMaheshHegde.

Postcard news runs into controversies time to time. In December 2017, the portal had published a controversial article on a legendary 18th century Chittor Queen, Chennamma, which provoked much outrage.

It had earlier been charged with publishing content that incites communal hate.

Mahesh Vikram Hegde has a large number of followers on Twitter which includes Prime Minister Narendra Modi as well.