In his budget speech, Thomas Isaac criticised the central government for "economically suffocating" states like Kerala and prioritising initiatives such as the amended citizenship law. 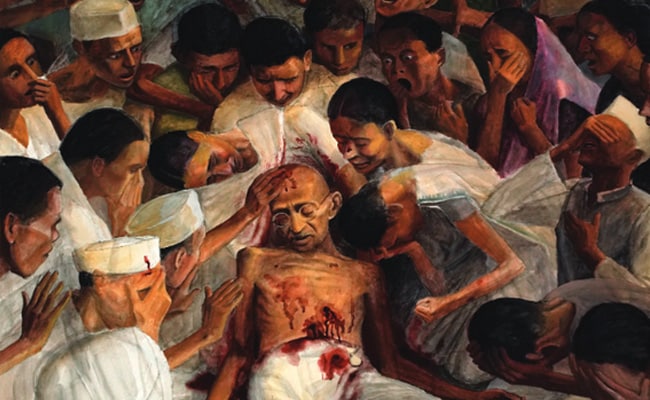 Kerala Finance Minister Thomas Isaac delivered a budget speech with sharp political overtones in the state assembly today, declaring that the entire state stands united against the BJP-led centre's Citizenship Amendment Act. Significantly, the cover of the budget document he held in his hand bore a painting that depicted Mahatma Gandhi's assassination.

Thomas Isaac said that the painting, artist Tom Vattakuzhy's "Death of Gandhi", was meant to send a message to the centre.

"The message is: Yes, we remember. That Mahatma was murdered, murdered by Hindu communalists who are revered today by the ruling party and the central government," Thomas Isaac told mediapersons. "We are saying: 'We will remember it, people will not forget'."

The Kerala Finance Minister claimed that the country was going through a very difficult time. "The kind of tensions this central government is generating is something you cannot ignore. For them, the National Register of Citizens is the biggest and most urgent reform required to be implemented. It is divisive, aimed at dividing the population along communal lines. Therefore, it is only proper that the budget be prefaced with the communal challenge that Kerala will face," he said.

In the budget speech, Thomas Isaac criticised the central government for "economically suffocating" states like Kerala - bringing about a decline in revenue. "The anticipated state share in the budget was Rs 24,915 crore. But as we approach mid-year, Rs 5,325 crore will be reduced from this," he said.

However, the Congress claimed that putting Mahatma Gandhi's assassination on the cover page of the budget document was inappropriate. "They could have avoided featuring the assassination of the Father of the Nation on the cover page. Even though we are all fighting against the RSS-BJP and communal forces, this budget speech cover should have been avoided. It wasn't appropriate, in my opinion," said opposition leader Ramesh Chennithala.

The strategic placement of Tom Vattakuzhy's painting on the cover of the budget document was a direct attack on the BJP, a few politicians of which have come out in praise of Nathuram Godse - the man responsible for Mahatma Gandhi's assassination - over the last one year. In November, party MP Pragya Thakur even went as far as to call the right-wing extremist a "patriot".

Last week, former Union Minister Anantkumar Hegde was slammed by the opposition for claiming that the freedom struggle launched by Mahatma Gandhi was "staged". The BJP leader later issued a "clarification" stating that he "never said a word against either Mahatma Gandhi or Pandit Jawaharlal Nehru".