Remembering Writer Mahasweta Devi - The Voice Of The Downtrodden

Mahasweta Devi death anniversary: The writer-activist wrote more than 100 novels and over 20 collections of short stories including political pieces, plays and children's fiction. 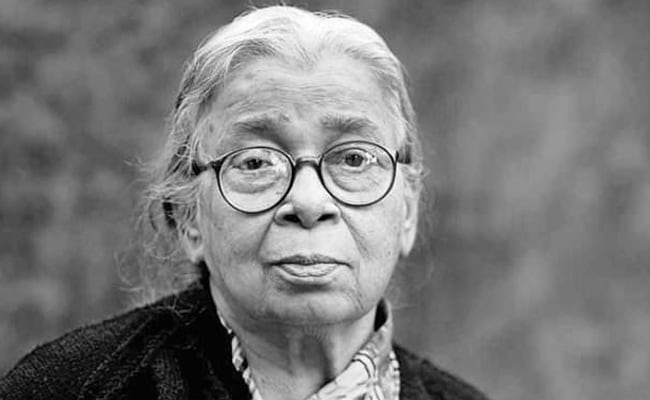 Mahasweta Devi, a literary treasure, who used her pen to fight for the rights of the downtrodden and the tribal communities across India, is being remembered on her death anniversary today. Mahasweta Devi wrote more than 100 novels and over 20 collections of short stories including political pieces, novels, plays and children's fiction.

Mahasweta Devi was the voice of the landless labourers in India. She had an intimate connection with tribal people in the remote corners and was fond of documenting their lives full of hardships. Mahasweta Devi, through her works, had become a socio-political commentator of the underprivileged and marginalised people.

All her acclaimed works like 'Hajar Churashir Ma' (Mother of 1084), 'Aranyer Adhikar' (Right to the Forest, 'Jhansir Rani' (The Queen of Jhansi), 'Agnigarbha' (The Fire Within), 'Rudali', 'Sidhu Kanhur Daakey', etc give us invaluable insights into the lives of the oppressed people of India.

A number of her works have been adapted for the silver screen. Govind Nihalani's 1998 film 'Hazaar Chaurasi ki Ma' is based on her novel on the emotional struggle of a mother who tries to understand the reasons behind her son's involvement in the Naxalite movement.

In 1993, Kalpana Lajmi's award-winning film 'Rudaali' was also based on her novel that chronicled the lives of professional mourners in Rajasthan.

In 2016, after Mahasweta Devi died, actor Irrfan Khan had expressed grief and said, "She was a very important writer, she had written amazing literature. I respect her a lot. I wanted to do a film on her life." The actor's wish remained unfulfilled.

Mahasweta Devi had won several awards, the prominent ones are the Sahitya Akademi Award, the Jnanpith and the Ramon Magsaysay Awards. She was conferred the Padma Shri in 1986 and the Padma Vibhushan in 2006.