Shankarrao Gadakh said he joined the Shiv Sena as his ideology matches with them and because of his loyalty towards Uddhav Thackeray. 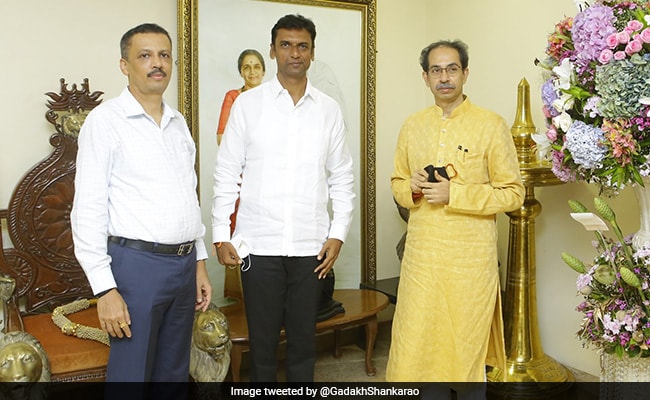 Maharashtra minister and independent MLA Shankarrao Gadakh on Tuesday joined the Shiv Sena in the presence of Chief Minister and party president Uddhav Thackeray at the latter's residence.

Mr Gadakh said he joined the Shiv Sena as his ideology matches with that of the outfit and because of his loyalty towards Mr Thackeray.

With Mr Gadakh's entry into the Shiv Sena, the Thackeray-led party's tally has increased to 57 in the 288-member House.

The Sena heads the three-party Maha Vikas Aghadi government in the state.

The Soil and Water Conservation minister is the independent legislator from the Nevasa assembly constituency in Ahmednagar district.

The Shiv Sena is a party which has an understanding of issues concerning farmers and the poor.

Since our ideology matches that of the Shiv Sena and given the loyalty towards Chief Minister Uddhav Thackeray saheb, I entered the Shiv Sena. Will keep working for my farmer brothers and the poor people under Thackeray sahebs leadership, Mr Gadakh tweeted later.

In A First, Train Fares To Include "User Fee" At High Footfall Stations