The pro-tem or temporary Speaker for the special two-day session of the Maharashtra assembly will be Dilip Walse Patil of the NCP. 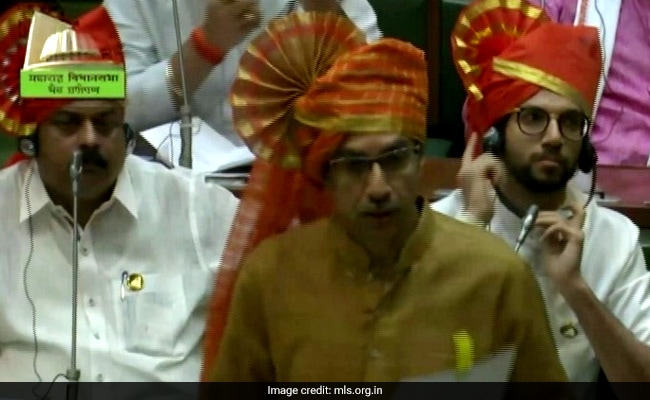 Uddhav Thackeray heads an alliance of the Shiv Sena, NCP and the Congress.

The newly-appointed Chief Minister of Maharashtra Uddhav Thackeray will have to prove his majority in the state assembly today as the alliance government in Maharashtra faces a trust vote. The floor test comes after a week of rapid developments that began with a surprise oath by the BJP's Devendra Fadnavis and his eventual resignation 80 hours later.

The pro-tem or temporary Speaker for the special two-day session of the Maharashtra assembly will be Dilip Walse Patil of the NCP.

Here are the LIVE updates from Maharashtra floor test:

Nov 30, 2019 16:35 (IST)
Uddhav Thackeray Hits Out At BJP In Assembly
"You BJP feel stung when we took names of Chhatrapati Shivaji (while taking oath). I will take the name again and again. Those who don't take names of their parents, have no right to live. It is not Maharashtra's culture when you think taking name of Chhatrapati Shivaji and your parents is a crime," he said.
Nov 30, 2019 16:11 (IST)
BJP Trying To Save Face, Says NCP's Nawab Malik
"Oath taking ceremony was held, Vidhan Sabha session held and Pro tem speaker appointed with consent of Governor. The floor test was held as per orders of the Supreme Court. The BJP is only trying to save face," he was quoted as saying by news agency ANI.
Nov 30, 2019 15:35 (IST)

Maharashtra Chief Minister Uddhav Thackeray in assembly: Yes I took oath in name of Chhatrapati Shivaji Maharaj and also in name of my parents. If this is an offence then I will do it again pic.twitter.com/OvfTzKbdeZ

Chief Minister of Maharashtra State Mr. Uddhav Saheb Thackeray's trust in the Maharashtra Development Alliance Government has been passed by majority vote. The vote of the Confederates fell to 90 votes. 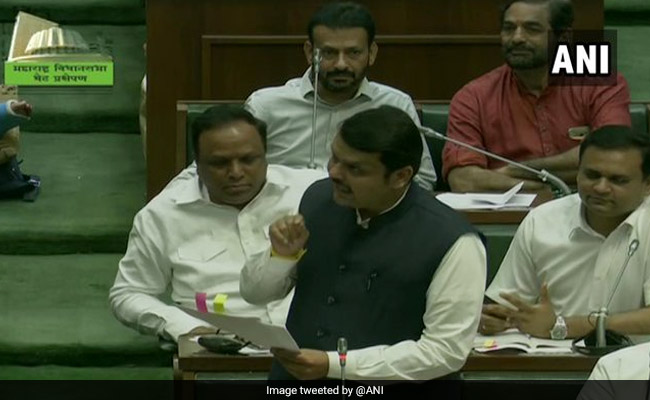 Nov 30, 2019 14:06 (IST)
Maharashtra Assembly proceedings begin
No secret ballot will be held during the floor test.
Nov 30, 2019 13:59 (IST)
Maharashtra swearing-in illegal: BJP leader
Maharashtra BJP chief Chandrakant Patil says the swearing-in of the Uddhav Thackeray government is illegal as it went beyond prescribed format.
Ministers while taking oath included names of their leaders and other figures which is not as per protocol, Mr Patil says.
Nov 30, 2019 13:27 (IST)
Maharashtra government formation
The Shiv Sena-NCP-Congress, with the support of some Independents and others like Bahujan Vikas Aghadi, have a strength of 165 MLAs, comfortably higher than the majority mark of 145 in the 288-member assembly. The three parties together have 154 MLAs.
On Wednesday, all the MLAs who were elected in last month's election were sworn-in in the assembly as per a Supreme Court order. It was a rare occasion when the House assembled for the session without the formation of a government and appointment of a Chief Minister.
Nov 30, 2019 13:25 (IST)
Uddhav Thackeray pays tribute to Chhatrapati Shivaji
Uddhav Thackeray paid tribute to Chhatrapati Shivaji Maharaj in the state Assembly premises, ahead of the floor test.

Nov 30, 2019 13:19 (IST)
Maha Vikas Aghadi issues whip to MLAs
The Shiv Sena, Nationalist Congress Party (NCP) and Congress have issued whip to MLAs to remain present in the assembly ahead of Maharashtra floor test.
Nov 30, 2019 13:15 (IST)
Speaker of assembly to be elected tomorrow
The Speaker of the assembly will be elected tomorrow. While the Congress's Nana Patole will be the candidate from the Sena-NCP-Congress alliance, the BJP announced that MLA Kishan Kathore will be its candidate for the Speaker's post. The new Speaker will then announce the name of the Leader of Opposition in the assembly.
Nov 30, 2019 13:04 (IST)
Will easily prove majority: NCP leader
"We shall easily prove our majority in the house today," said newly-inducted NCP Minister Chhagan Bhujbal.
Nov 30, 2019 13:01 (IST)
Ajit Pawar meets Sharad Pawar
Ahead of the trust vote, Ajit Pawar, the NCP leader who turned rebel briefly before returning to the party and Pawar family fold, meets his uncle Sharad Pawar. He was accompanied by party colleague Jayant Patil.
Nov 30, 2019 13:00 (IST)
They will not be able to win: BJP
"If there is secret voting, they will not be able to win. This is an open challenge," the BJP's Chandrakant Patil said.