Governor Shouldn't Have Sworn In New Government When Matter In Court: Team Thackeray

The Supreme Court asked the parties in the case to frame by July 27 issues for consideration by a larger bench and the matter would be heard on August 1. 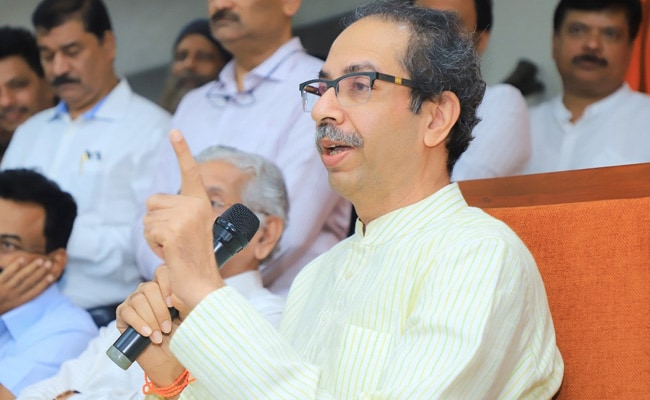 Senior advocate Kapil Sibal was appearing for the Uddhav Thackeray faction in the Supreme Court.

The Shiv Sena's Uddhav Thackeray faction, challenging the disqualification proceedings initiated against them, told the Supreme Court on Wednesday that Maharashtra Governor Bhagat Singh Koshyari should not have sworn in the new government when the top court was seized of the matter.

Senior advocate Kapil Sibal, appearing for the Uddhav Thackeray faction, told a bench headed by Chief Justice of India N V Ramana that the Speaker of the Assembly recognizing a whip other than the official whip nominated by the party is malafide.

"What happens to the verdict of people? The 10th schedule is turned topsy-turvy and has been used to instigate defection," Mr Sibal told the bench also comprising Justice Krishna Murari and Justice Hima Kohli.

Senior lawyer Harish Salve, appearing for Chief Minister Eknath Shinde, stated that in a democracy people may gang up and tell the prime minister that sorry you cannot continue.

"If a leader gathers strength within the party and stays in it to question the leader without leaving the party. It is not defection," Mr Salve submitted.

The Supreme Court asked the parties in the case to frame by July 27 issues for consideration by a larger bench and the matter would be heard on August 1.

The CJI-led bench on July 11 had granted interim relief to the Uddhav Thackeray faction MLAs by asking Maharashtra Assembly Speaker Rahul Narwekar not to proceed with the plea seeking their disqualification as sought by the Shinde group on the grounds of defying the party whip during the trust vote and the election of the Speaker.