Can Discuss Anything But Chief Minister's Post: BJP's Message For Sena

Maharashtra Government Formation: The BJP-Shiv Sena feud over power sharing, 13 days after they won a clear majority together in the Maharashtra election, has stalled government formation in one of India's largest states.

Three days before the Maharashtra assembly's term is to end, the BJP said its door was "open 24 hours" to discuss a formula with ally Shiv Sena. But the party also underscored that it would form a government under Chief Minister Devendra Fadnavis. This, on a day Sena leader Sanjay Raut said the Chief Minister would be from his party.

Maharashtra Finance Minister and senior BJP leader Sudhir Mungantiwar, who was also at the meeting, hinted at a possible breakthrough, saying "good news" was expected any moment.

"Good news regarding government formation can come at any moment," Mr Mungantiwar said. 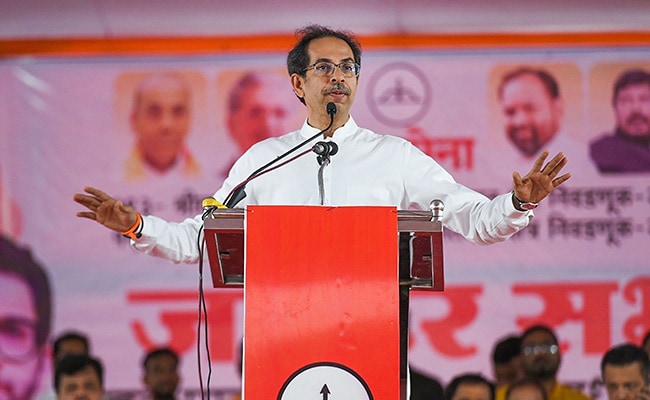 Soon after the results on October 24, Sena chief Uddhav Thackeray made it clear that his party's tie-up with the BJP should not be taken for granted (PTI File Photo)

"We are willing to talk to them but they have not answered to any of our messages for the past few days. We are even willing to come to Matoshree (Thackeray's residence) and meet Uddhav Thackeray to find a solution. I appeal to the Shiv Sena to think of the long term implications of going with the NCP or Congress party. Balasaheb would be really unhappy with that. We are willing to consider any suggestion except for sharing the Chief Minister's post," Devendra Fadnavis's close aide  and troubleshooter-in-Chief Girish Mahajan told NDTV.

The BJP-Shiv Sena feud over power sharing, 13 days after they won a clear majority together in the Maharashtra election, has stalled government formation in one of India's largest states.

But soon after the results on October 24, Sena chief Uddhav Thackeray made it clear that his party's tie-up with the BJP should not be taken for granted. He reminded the BJP of a "50:50" deal that he said had been discussed ahead of the national election earlier this year. The deal was for rotational chief ministership, the Sena insists, which the BJP has firmly rejected.

Rajya Sabha MP Sanjay Raut, who has done most of the talking for the Sena in this power tussle, is confident that his party will win the staring contest.

"The Chief Minister will be from Shiv Sena only. The face and politics of Maharashtra is changing, you will see. What you call hungama (commotion) is not hungama but the fight for justice and rights...victory will be ours," Sanjay Raut, a Rajya Sabha MP of the Sena, told news agency ANI.

"There will be a swearing in soon as this is a right of the people. Swearing-in is not anyone's monopoly," he added.

He also asserted that the decision on Maharashtra would be taken in Maharashtra, a reference to meetings in Delhi that drew much attention on Monday - one between Chief Minister Devendra Fadnavis of the BJP and his party chief Amit Shah and the other between Nationalist Congress Party (NCP) chief Sharad Pawar and Congress president Sonia Gandhi.

Devendra Fadnavis, eyeing a second full term, also met with Nitin Gadkari, who may emerge as peacemaker between the Shiv Sena and the BJP.

The Sena's attempt to leverage support from other sources, like independents, the NCP and Congress, is petering out with Congress president Sonia Gandhi reportedly ruling out any arrangement with the Sena.

The opposition NCP, Congress and others have 102 seats.

If there is no compromise before the term of the assembly expires, the state may head towards President's Rule.