Hrishikesh Devdikar, alleged mastermind of Gauri Lankesh's killing in Bengaluru in 2017, was arrested from Dhanbad in Jharkhand last month. 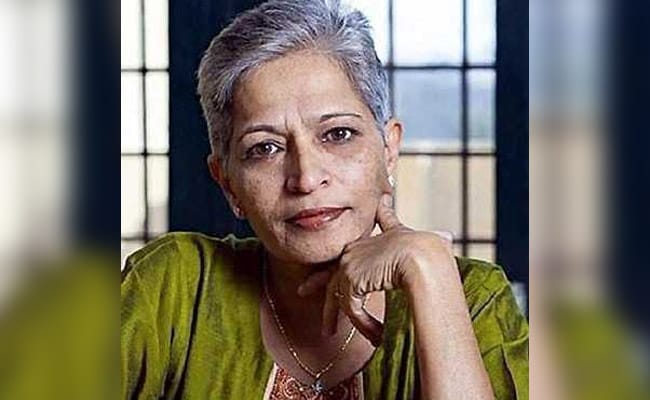 A Mumbai court on Thursday remanded Hrishikesh Devdikar, arrested in journalist Gauri Lankesh's murder case, in the custody of Maharashtra Anti-Terrorism Squad which is probing the 2018 Nalasopara arms haul case.

Devdikar, alleged mastermind of Gauri Lankesh's killing in Bengaluru in 2017, was arrested from Dhanbad in Jharkhand last month.

The Anti-Terrorism Squad or ATS took his custody from the Karnataka authorities and produced him before a court in Mumbai on Thursday, a senior official said.

The court remanded Devdikar in ATS's custody till February 11, he said.

The ATS had in 2018 recovered crude bombs, explosive materials, country-made pistols and weapons such as choppers during raids at Nalasopara near Mumbai and some other places in Maharashtra, and arrested members of an extremist group.

The group had also allegedly planned to carry out an attack during the Sunburn music festival in Pune in 2017 because it "promoted western culture", but the attack did not materialise, the Anti-Terrorism Squad had said.