Durga Navami: Maha Navami is the ninth day of Durga Puja. On this day, Goddess Durga is worshipped as Mahishasuramardini, which means the "annihilator of the buffalo demon". 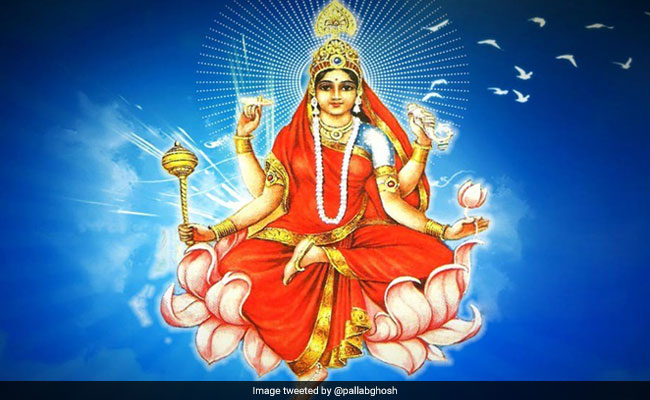 Undoubtedly one of the most-awaited festivals of the year, Durga Puja is a homage to feminine power or Shakti, the source of all creation and energy on earth. But it is more than just a religious affair. It is the time for fun too. People come together to share their joys during Durga Puja. Maha Navami is one of the most auspicious days of the 10-day festival. Given that Durga Puja ends the day after Navami, it's all the more reason to observe it with enthusiasm and joy.

This year, Maha Navami is on October 14.

Maha Navami follows the sandhi puja at the end of Maha Ashtami. It starts with a Mahasnan and Shodashopachara, a 16-step puja, according to the scriptures. Devotees observe fasts until the pujas are over. The goddess is offered pink flowers as pink is the colour of Maha Navami.

Maha Navami is the ninth day of Durga Puja. On this day, Goddess Durga is worshipped as Mahishasuramardini, which means the “annihilator of the buffalo demon”. This is also the day when Maa Siddhidhatri is worshipped. This form of Durga, among the nine forms of the goddess, is considered to be the supreme form of Maha Shakti. According to Hindu mythology, it is on Maha Navami that the goddess killed the demon king Mahishasura. It is also the day for the auspicious Navami Homa, which is performed at the end of Maha Navami.