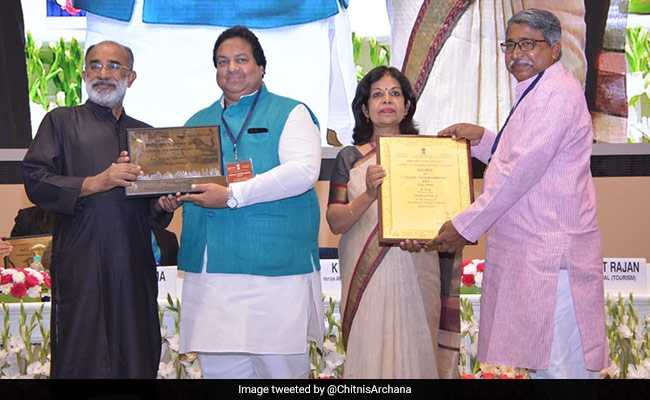 Madhya Pradesh bagged the Hall of Fame National Award, given to a state for being judged the best one for tourism three years consecutively, at the National Tourism Awards function Thursday.

The Union Ministry of Tourism annually presents National Tourism Awards to various segments of the travel, tourism and hospitality industry. These awards are presented to state governments, Union Territories and other stakeholders in recognition of their performance in their respective fields.

MP also won 10 other awards at the function held in Delhi, a state government official said.