The comments led to demonstrations, including those by political workers from all parties, demanding Dr SS Gautam's arrest. 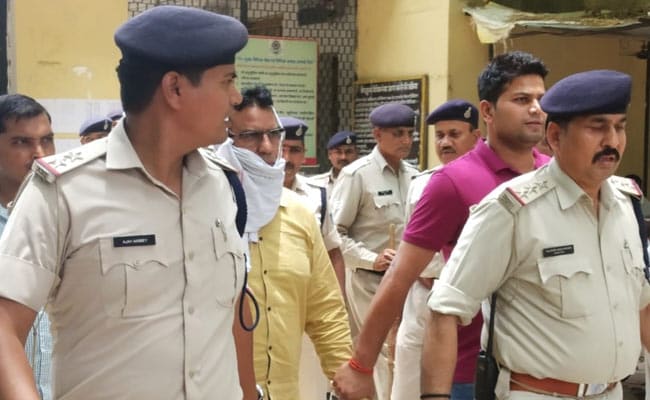 Dr SS Gautam was sent to judicial custody for two weeks on Friday.

The principal of a government college in Madhya Pradesh's Datia has been arrested and sent to judicial custody for allegedly making derogatory remarks about Goddess Saraswati, the Hindi deity of knowledge. Another professor of the same college has been also been charged for circulating a video of the conversation.

Dr SS Gautam, principal of Govind College in Seodha, made the comments to another college professor, Manoj Vyas who had recorded the video on his mobile phone and posted it on social media. The recording went viral, triggering a huge controversy. Mr Vyas was the in-charge principal of the college till Dr Gautam's appointment.

The incident also led to demonstrations, including those by political workers from all parties, demanding Dr Gautam's arrest. He later surrendered at the police station and was sent to judicial custody.

Superintendent of Police D Kalyan said, "One video was being circulated having some objectionable content. We have registered an FIR (First Information Report). FIR was registered under Section 153 A and 295 of IPC for promoting enmity and malicious act intended to outrage religious feelings."

Dr Gautam was sent to judicial custody for two weeks on Friday.

India has strict laws against making statements that could hurt religious sentiments. The right to free speech in the constitution comes with what its authors have listed as "reasonable restrictions" - which include anything that could offend the majority of the country's religiously sensitive population.

Last year, in a highly-publicised case, a Delhi-based journalist Abhijit Iyer Mitra was arrested for "derogatory, mischievous and objectionable comments" on the art and culture of Odisha, Lord Jagannath and the Odia community. He later released after being "pardoned" by the Odisha assembly following an apology.