Sakshi Sharma claimed that the police in Indore's Tilak Nagar refused to help her and instead advised her to get married and have kids. 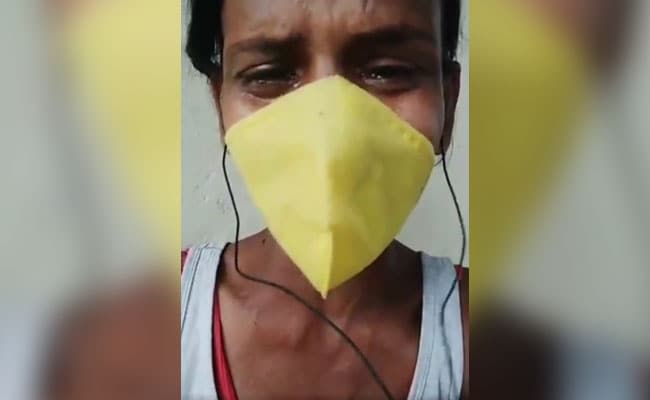 The woman said she has been abused, assaulted and threatened for the last 10 months.

This will be my last video, says a distraught woman sobbing on an Instagram clip, accusing some locals in her Indore neighbourhood of constant harassment and threats for several months while cops refuse to take any action. Bombarded with questions after the video went massively viral, the police have firmly denied her charges of not taking any action.

Sakshi Sharma, who runs a shelter for stray dogs, said for the past several months some locals, who run slaughterhouses in the area in Indore's Tilak Nagar, have been harassing her. They have abused her verbally, assaulted her and threatened to kill her, she said.

"Over the last 10 months, these people have been taking drugs right outside my house. They have made it difficult for me to step out of the house after 5 in the evening. When I reported the matter to the Tilak Nagar Police, they told me that it is happening because there is no male member in your family, you're unmarried, and there are dogs in your house," she said in the video.

She has been fostering over 40 stray canines she said, these people have been taking drugs right outside my house When I reported the matter to Police, they said it is happening because there is no male member in your family, you're unmarried, and there are dogs in your house. pic.twitter.com/a5TGrUFe6A

She claimed that the police refused to help her and instead advised her to get married and have kids. "I have committed a big crime by sheltering these 40 dogs here," she said on the video.

The police have rejected her allegations.

Senior police officer Rajesh Raghuvanshi said, "A girl named Sakshi Sharma from Tilak Nagar has put a statement on Instagram. She has about 35-40 dogs in her house. Post her complaint in March about a shepherd, we had registered a case. She objected to grazing of goats."

"Now she has complained that one of her dog is missing. In the past, her complaints have been registered. The allegations made against Tilak Nagar Police are completely wrong," he said.