Food scam in Madhya Pradesh, exposed by NDTV, has once again brought to the fore the core issue of malnutrition in children 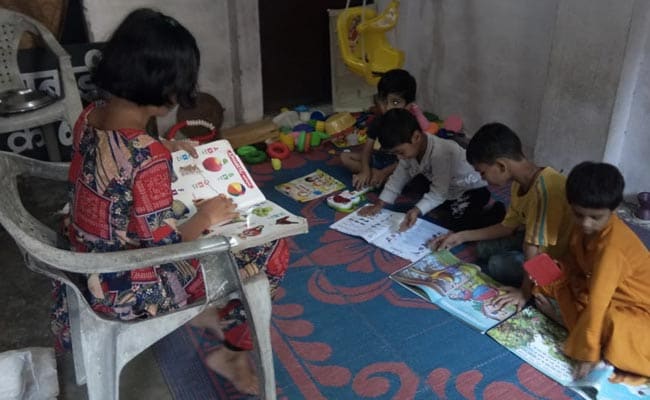 In Madhya Pradesh, out 65 lakh children in 0-5 years age group, 10.32 lakh are malnourished

The audit report that revealed a massive scam in a supplementary ration scheme for children in Madhya Pradesh, is just a "draft", the state government has argued. The contention was tweeted by Chief Minister Shivraj Singh Chouhan, who is in charge of the Women and Child welfare ministry which runs the scheme. But a critical clause got overlooked, NDTV has found.

"This is not the final report of the CAG (Comptroller and Auditor General). This is a preliminary report, on which the [Women and Child Development] department is yet to present its side," read Mr Chouhan's tweet.

NDTV -- which broke the news of the auditor's report -- found that the letter from Principal accountant general D Sahu to the Additional Chief secretary Ashok Kumar Shah on August 12, had the crucial message in its last para.

"In case we do not receive any reply within the time limit (2 weeks), it will be presumed that the department does not have any further reply and the same will be processed for the CAG's report 2020-21," the para read.

On September 6, the state government told NDTV that a response is being prepared, indicating that they have already missed the deadline.

The "Take Home Ration scheme" involves distribution of food to children as well as pregnant and lactating women who desperately need proper nutrition.

But according to the auditor's report, the alleged scam involved sub-standard food and fake beneficiaries. In many cases, there was no distribution system either. The audit has also found that the number of beneficiaries was hugely inflated and that vehicles listed as trucks turned out to be scooters, motorcycles and autos. The government says the vehicle mismatch was a clerical error.

The alleged scam took place amid malnutrition of epidemic proportions in the state.

During the budget session in March this year, Mr Chouhan, in a written reply to the Assembly, said 10.32 lakh of the state's 5 lakh children below the age of 5 years, are malnourished.

NDTV found that in Satna, one of the eight districts hit worst by the alleged scam according to the audit report, around 6,000 children are battling malnutrition.

After the auditor's report on supplementary nutrition made headlines, major negligence in the implementation of Prime Minister Narendra Modi's flagship scheme "Poshan Abhiyan" has also been exposed.

On July 15, the Center raised severe objections to the lack of monthly door-to-door survey of children below the age of three years, pregnant women and lactating mothers.

A letter from Reshma Raghunathan Nair, Deputy Secretary of the Union Ministry of Women and Child Development – which is in possession of NDTV -- says the budget of Rs 21 crore will lapse due to the inability of the state to meet disbursement linked indicators target under of the national nutrition mission.

Mr Chouhan has accused the Congress of "withdrawing the nutritional food plants from women self-help groups".  "An amount of 35 crores was stopped for providing sub-par nutritional level during the Congress regime," read one of his tweets.

Former Chief Minister, Congress's Kamal Nath, said, "On the one hand, Madhya Pradesh has been topping the country for malnutrition over years. On the other hand, this kind of fraud is exposing the thoughts and intentions of the government".

Mr Nath has sought a "high-level investigation" into the matter. His party has demanded that Mr Chouhan step down as the Chief Minister. Arvind Kejriwal's Aam Aadmi Party has sought a probe by the Central Bureau of Investigation.