Madhya Pradesh Floods: "I discussed with PM Narendra Modi about the excessive rainfall in the state due to which loss worth approximately Rs 16,000 crore is incurred," said Kamal Nath. 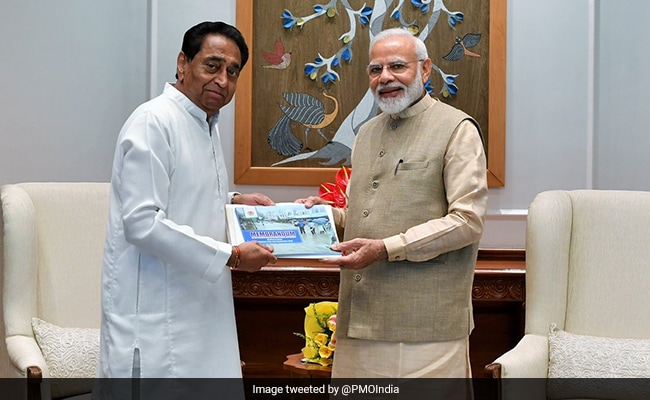 Madhya Pradesh Chief Minister Kamal Nath called on Prime Minister Narendra Modi in Delhi on Friday and sought centre's help in the backdrop of "estimated loss amounting to worth Rs 16,000 crores" due to rain.

"I discussed with Prime Minister about the excessive rainfall in the state due to which loss worth approximately Rs 16,000 crore is incurred," said Kamal Nath.

"Farmers have been badly hit and their crop have been lost, roads are damaged, there is a loss to buildings and other infrastructure," added Kamal Nath.

"The production of soya-bean, corn and cotton will be drastically reduced. He assured that he will think over it," he added.

Kamal Nath also said that he has been assured by PM Modi of a survey for estimating losses.

"He said that a survey would be conducted again to estimate the losses. The rains never stopped. We have also submitted the report of our survey," he said.

Heavy rainfall and floods have hit Madhya Pradesh this year causing widespread damage to crops and taking a toll on human lives.