Madhya Pradesh news: On Thursday evening, two men were made to do sit-ups for their alleged crime. 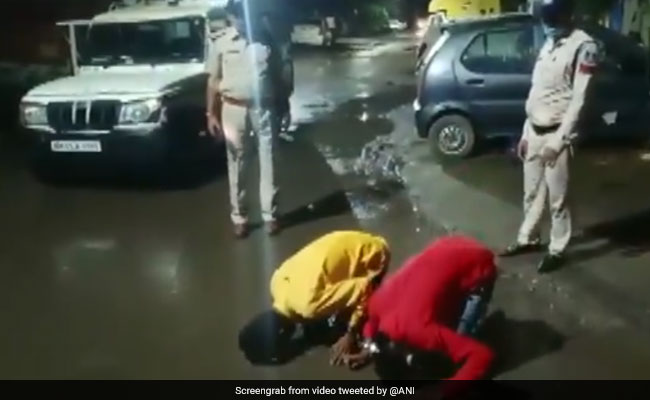 Madhya Pradesh: Two men made to hold their ears and do sit-ups by the police

Two men said to be notorious for petty crimes were made to hold their ears and do sit-ups by the police in Madhya Pradesh on Thursday evening. The two are seen taking their "punishment" as people watch and clap from their balconies in Indore.

The men were asked to kneel down and apologise to the residents. Police claim the two men, Ajay Thakur and Vijay Vishwakarm, are "known criminals" in the area and they had tried to "stab" someone recently.

Two men were made to hold their ears and do sit-ups in Indore, for their alleged crime,The accused were asked to kneel down and apologise to the community. Police claim they are known criminals and they had tried to "stab" a local person some time ago @ndtvindia@ndtvpic.twitter.com/OV0991e0qM

"Few days ago, both the accused - Ajay Thakur and Vijay Vishwakarma - known criminals in the area stabbed a man named Rohit Panjwani. We got a tip off and our team caught them," Inspector Dharamveer Singh Nagar told NDTV.

A knife was also found on them, the police office said, adding that "since the local people were scared of the two men, we paraded them and made them do sit ups".