Lunar Eclipse 2021: Day-By-Day Moon Guide In The Run-up To The Blood Moon 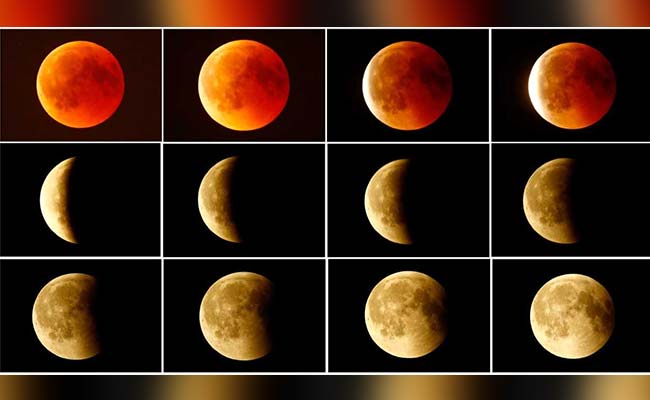 Lunar Eclipse 2021: Here's what happens in the run-up to the Blood Moon

May 17th: The planet Mercury ''reaches its greatest angular separation from the Sun as seen from the Earth'', says the NASA. This essentially means that one will be able to see the brilliant red planet easily with a naked eye.

May 19th: On this day, the moon will appear ''half-full as it reaches its first quarter'' and beginning Wednesday evening, Venus - the bright twinkling planet - will join Mercury above the horizon in the evening.

May 19th-20th: Between Wednesday and Thursday, the ''waxing half-full moon will appear above the bright star Regulus''. If you have a good telescope you can watch all these starts light up the night sky.

May 23rd-24th: The waxing gibbous Moon can be seen to the left of the bright star called Spica. According to the NASA, ''In late May or early June 'Near-Earth Object' will pass the Earth traveling at 22,800 miles per hour''.

May 25th: The Moon will be at perigee, that is, closest to the Earth in this orbit.

May 26th: A total Lunar Eclipse will occur for over several hours, when the moon will pass through Earth's shadow. People living in the western parts of the United States, New Zealand, Australia and East Asia will have the best view of the total Lunar Eclipse. This Full Moon will also be a supermoon as it comes closest to the Earth in its orbit.