Speaker Om Birla advised political parties to hold discussions on intractable issues and ensure the House functions in a manner that it can fulfil the hopes and aspirations of the people. 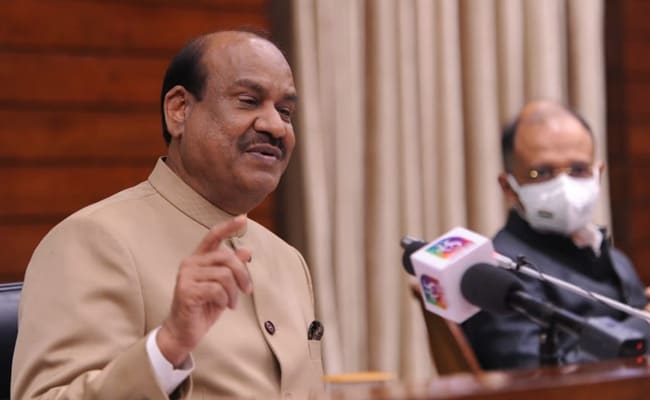 Lok Sabha Speaker Om Birla today expressed concern over "continuous disruption" of proceedings and "lack of decorum" in Parliament and state legislatures, and noted dissidence should not lead to impasse.

Calling obstruction of proceedings ethically and constitutionally wrong, he said, it was even more disturbing when such disruptions are pre-planned.

Addressing the Assam Assembly, Mr Birla said, "Democracy is based on debates and dialogue. But continuous disruption of debates in the House and lack of decorum is a matter of concern." While it is natural for treasury and opposition benches to disagree, "dissidence should not lead to impasse", he added.

The Speaker advised political parties to hold discussions on intractable issues and ensure the House functions in a manner that it can fulfil the hopes and aspirations of the people.

"To obstruct the proceedings of the House is not right, ethically and constitutionally. Many a time, disruptions are not organic but pre-planned. Such conduct is even more disturbing," Mr Birla said.

He said disruption and adjournment of proceedings are not part of India's democratic traditions, and asked the legislators to come true to the hopes of the people.

Mr Birla said a diverse country like India is bound together by parliamentary democracy, and as the nation celebrates 75 years of Independence, it has become necessary to revisit how the House, which is an integral part of the system, functions.

The first Lok Sabha Speaker to address the Assam Assembly, Birla said, the state is a vibrant example of unity in diversity.

"Assam is the bridge that connects the richly diverse North-East with the rest of India. This diversity makes our democracy even more resilient," he added.

Mr Birla also launched the Assam Legislative Assembly Digital TV at a programme in the central hall of the legislature.