Assembly Orientation Program: The programme aims to train UP's legislators on the 'e-vidhan' system of the functioning of the House which is to switch over steadily to the paperless mode of working 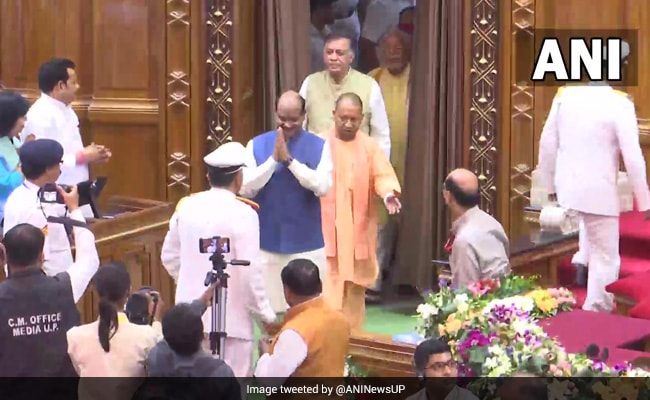 Lok Sabha Speaker Om Birla on Friday said creating ruckus and resorting to sloganeering and displaying placards in House lower its dignity, which can be maintained only by debates and proper communication.

Birla observed it while inaugurating a two-day special orientation program for newly elected members of the Uttar Pradesh assembly.

The programme also aims to train UP's legislators on the 'e-vidhan' system of the functioning of the House which is to switch over steadily to the paperless mode of working, using digital communication means and streaming of the House proceedings on YouTube as well.

The leader of the House and Chief Minister Yogi Adityanath, Leader of Opposition Akhilesh Yadav and UP Vidhan Sabha Speaker Satish Mahana were among those who shared the dais with Birla.

Terming parliamentary democracy as the best form of governance in the world, the Speaker said, "When we got independence, there was a challenge on which method of governance to adopt. But our leaders, including Jawaharlal Nehru, Babasaheb Ambedkar and others adopted the parliamentary system with great prudence."

"The best method of governance in the world today is the system of parliamentary democracy. That is why I can say that at this time it becomes our big responsibility that we should live up to the expectations, aspirations and trust of the people while fulfilling our obligations through this parliamentary democracy," he said.

"People have sent you by electing with great confidence and trust, you represent millions of people,'' he told the legislators.

The budget session of the Uttar Pradesh legislature will start on May 23 with the e-Vidhan system.

"That's why I urge you that in this journey of 75 years of democracy, the dignity of these legislatures of the country should be maintained because discussions and dialogues of the highest order have taken place here. Our conduct should be such that we talk with reason and keep the problem of the people before the House properly," he said.

"Many politicians have come out of these assemblies who have put forth their points of view in the assembly and Lok Sabha on the basis of arguments. Today the legislatures and Lok Sabha are a medium and platform to make the best leaders of the country. We hope that you will work in this direction," he said.

Referring to present Prime Minister Narendra Modi, Birla said he is also from UP like most other prime ministers.

"Therefore, even within the national politics, UP has always had a special role and the UP Vidhan Sabha has played a special role in guiding all the legislatures," he said.

Birla said the basic function of Parliament and legislatures is to make laws and the Uttar Pradesh assembly has a proud history of making a big change in the socio-economic life of the people by enacting important laws.

This assembly has a proud history so that they can get speedy justice through law, he added.

"That's why I request you that while making laws, we should have a comprehensive discussion and dialogue," he said.

"Even before making laws, we should communicate with the public because it will help in making good laws, the government will also get guidance and the public for whom the laws are made will also benefit," he added.