A prominent Dalit leader, Ms Phule had been raising her voice against the BJP camp for more than a year now. 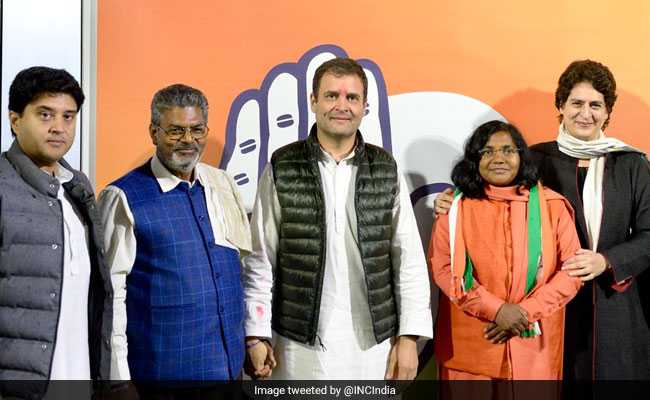 In a shock to the Bharatiya Janata Party (BJP), sitting Lok Sabha lawmaker from Bahraich Savitri Bai Phule joined the Congress on Saturday. She was welcomed into the party by Congress President Rahul Gandhi and Priyanka Gandhi Vadra, the party's in charge of eastern Uttar Pradesh.

A prominent Dalit leader, Ms Phule had been raising her voice against the BJP camp for more than a year now and has been positioning herself as a leader in her own right. She had also referred to the BJP as "anti-Dalit".

Another prominent leader of the Samajwadi Party (SP), Rakesh Sachan, a former lawmaker from Fatehpur, also joined the Congress. These are being seen as big catches for the Congress, which is trying hard to make a comeback in Uttar Pradesh.

With the party pushed to the sidelines in the state, the entry of these two leaders is being seen as a renewed effort of the Congress to establish itself as a serious contender in the state politics.

Presence of Priyanka Gandhi and Jyotiraditya Scindia, both newly appointed general secretaries assigned the task of reviving party's fortunes in UP, is also being seen as an indication that the two played a role in bringing them from rival camp to the party.