Lok Sabha elections 2019: On May 4, Akhilesh Yadav had taken a swipe at Yogi Adityanath in the tweet in which he posted a photo of another lookalike of the chief minister 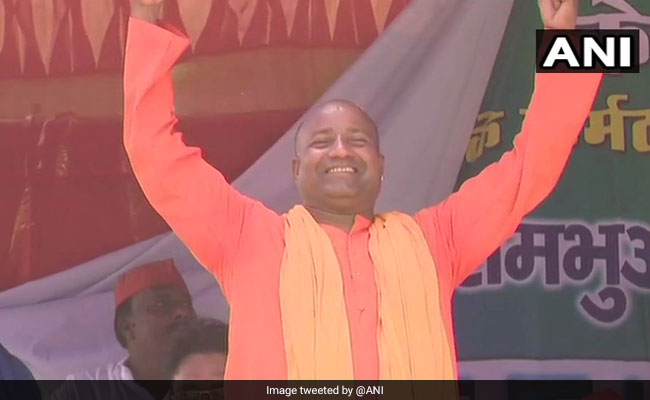 A week after Samajwadi Party chief Akhilesh Yadav tweeted a photo of a saffron-robed man walking with him to a helicopter, he put up another man in similar attire on the stage as he addressed supporters in Lucknow today.

In photos of the rally, the bald man, Suresh Thakur, is seen waving to Samajwadi Party supporters while Akhilesh Yadav carries on with his speech at the other end of the stage. With a saffron scarf falling freely on his chest, Mr Thakur is unmistakably a lookalike of Uttar Pradesh Chief Minister Yogi Adityanath, who also wears saffron clothes.

On May 4, Akhilesh Yadav had taken a swipe at Mr Adityanath in the tweet in which he posted a photo of another lookalike of the chief minister. "We cannot bring fake God, but have brought a baba ji. Except Gorakhpur, he will tell the truth about the government to everyone in the state," he had tweeted.

At the rally today, Mr Yadav attacked the Uttar Pradesh government as one that runs "thoko niti (encounter policy)", referring to criticisms that the police under the Adityanath government has been killing suspects in encounters without carefully looking into the charges. The UP government denies the allegations and maintains that its actions have created fear among criminals and crime has fallen in the heartland state. 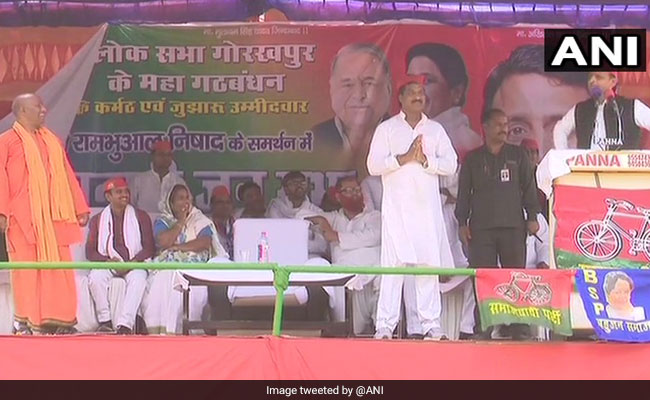 Akhilesh Yadav addresses supporters at a rally in Lucknow

"There is an encounter policy in UP... That's why I want to say we must remove not only the chowkidar but also the thokidaar," Mr Yadav said.

Prime Minister Narendra Modi in election rallies often calls himself "chowkidar" who will rid the country of corruption.

Uttar Pradesh is voting in all the seven phases of the national election.