Will Not Take Land From Farmers Without Consent, Says Rahul Gandhi 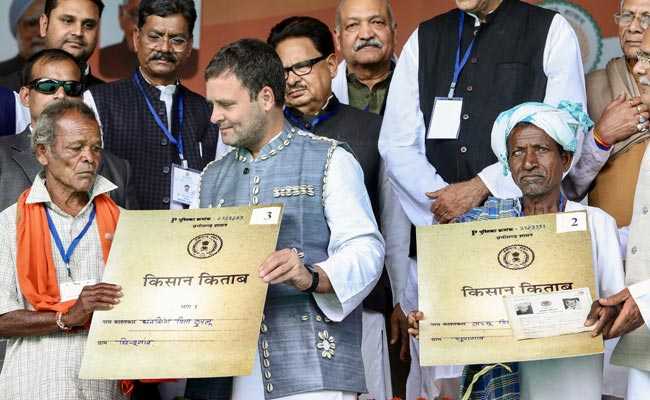 At a farmer's rights convention in Chhattisgarh's Bastar today, Congress President Rahul Gandhi said that his party will not acquire farmers' land without their consent. He added that if the farmlands are taken for development projects, they must be completed within five years or the land goes back to farmers. At the event, he also gave away right titles to farmers whose lands were taken for a Tata Steel project

"If any farmer's land taken for industry or a project, then the industry or project has to be set up within five years. If it is not done within this period, the land must be returned to farmers," Rahul Gandhi said.

The Congress president added that his party had taken upon itself to return land that rightfully belongs to the tribals. "Chhattisgarh is the first state where this has been done. Tribals have the first right over forests and they must be able to enjoy the benefits," he said.

He assured farmers that his party, that has come to power in Chhattisgarh after 15 years, will fulfill all its promises. Congress had made the return of land a campaign promise, ahead of the November assembly elections.

Taking a swipe at the BJP', Rahul Gandhi said, "The party claimed that it had no money for farmers. They were putting all your money into their own pockets or those of their 15 businessmen cronies." He also attacked Prime Minister Narendra Modi for bailing out top industrialists but not waiving farmers' loans.