In 2014, the BJP won 71 seats in Uttar Pradesh but Azamgarh was among those it didn't; Samajwadi patriarch Mulayam Singh Yadav was the winner. 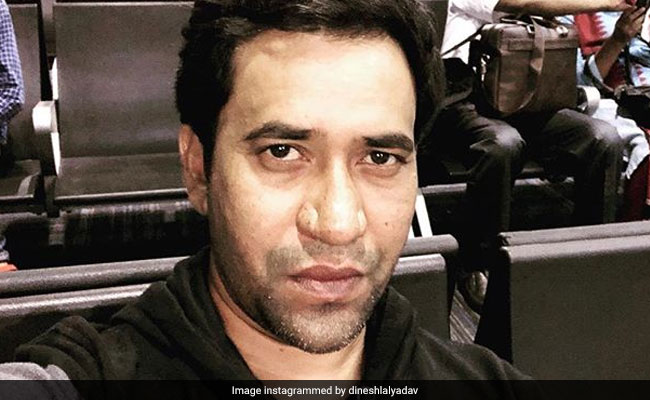 Samajwadi Party leader Akhilesh Yadav, contesting the national election from Azamgarh in Uttar Pradesh, faces the BJP's Nirahua, a Bhojpuri star he had once honoured with an award. "

Nirahua, originally Dinesh Lal Yadav, is drawing huge crowds in his roadshows and meetings, but the Samajwadi Party is counting on caste and local equations to favour their chief. In 2016, then Uttar Pradesh chief minister Akhilesh Yadav had given Nirahua the Yash Bharati award. "I honoured him during my regime. Now, he is contesting for those who withdrew the monthly amount given with this award. I have no problem with anyone contesting against me," said Akhilesh Yadav.

In 2014, the BJP won 71 seats in Uttar Pradesh but Azamgarh was among those it didn't; Samajwadi patriarch Mulayam Singh Yadav was the winner.

Unfazed, Nirahua told the Press Trust of India that he was doing his job sincerely and getting good response from the people: "I had been in the film industry for 12 years and won numerous awards. Akhileshji gave me Yash Bharti, but it doesn't mean that I should support him. The Samajwai only used Yadavs as vote bank and does nothing for them. It's time for change," he told reporters.

Akhilesh Yadav dismissed allegations that he had hardly visited Azamgarh to campaign. "I am expected at all 80 (Lok Sabha) seats of the state. I am campaigning regularly and trying to cover all seats. As far as Azamgarh is concerned, the party cadre is there and is connecting the people, who know the reality of the BJP."

The Samajwadi chief's decision to contest from his father Mulayam Singh's constituency is being read as a move to consolidate the Yadav, Dalit and Muslim voters in the Purvanchal region of Uttar Pradesh, say analysts. The three communities form the crux of the SP-BSP alliance.

Since 1996, only Muslims and Yadavs have won the Azamgarh Lok Sabha seat.

In 2014, the combined vote percentage of the SP and BSP in Azamgarh was over 63 per cent, a factor that favours Akhilesh Yadav. Also, in the 2017 Uttar Pradesh assembly election, the Samajwadi bagged three of the five constituencies of Azamgarh and the BSP, two.

Azamgarh will vote on Sunday, May 12, in the sixth round of the national election.