Lok Sabha elections 2019: "It's the people of Gujarat who exposed Rahul Gandhi. He went to Somnath temple and sat there as if offering namaz," Yogi Adityanath said 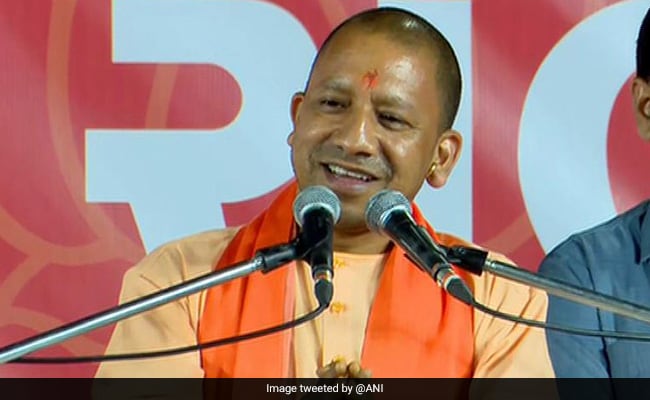 Lok Sabha elections 2019: Congress has no time for holy sites if polls not around, said Yogi Adityanath

Uttar Pradesh Chief Minister Yogi Adityanath pointed out what he called a flaw in how Congress president Rahul Gandhi offered prayers at Somnath temple in Gujarat in November 2017, a month before assembly elections in Prime Minister Narendra Modi's home state.

"It's the people of Gujarat who exposed Rahul Gandhi. He went to Somnath temple and sat there as if offering namaz. Temple priest had to scold him that this is a temple, sit cross-legged," the saffron-robed chief minister of the BJP said at a rally in Ahmedabad on Tuesday, according to news agency ANI.

The Congress president's sister, Priyanka Gandhi Vadra, who is leading the party's Lok Sabha battle formation in eastern Uttar Pradesh, will visit the temple town of Ayodhya on Friday. The Ram Janmabhoomi-Babri Masjid case is a major election issue for the BJP and its ideological mentor Rashtriya Swayamsevak Sangh (RSS).

"They don't have time to visit holy sites if elections are not around," Mr Adityanath said.

A controversy had broken out in November 2017 after it purportedly emerged that Rahul Gandhi's name was signed in the visitors' register at Somnath temple as a "non-Hindu". The Congress alleged that the name "Rahul Gandhiji" was added by the BJP in the register meant for non-Hindus, who need special permission to visit the temple in Gujarat.

Mr Adityanath took another swipe at the Congress leaders for arriving at the Kumb Mela in Prayagraj after seeing a huge number of devotees. "Four crore devotees had come to Kumbh Mela (which ended earlier this month). When Congress got to know that there was such a large turnout, their new generation dropped in too. They used to say Ganga is not clean, but when they saw people consuming its water, they did the same," the UP chief minister said at another rally in Gujarat on Tuesday.

He dismissed the Congress's minimum income guarantee election promise worth Rs 72,000 a year per family as "poll gimmick".

The Lok Sabha elections will be held from April 11 to May 19 in seven phases. Results will be out on May 23.