Lok Sabha Elections 2019: The Raiganj and Murshidabad Lok Sabha seats in West Bengal and have become a sticking point between the Congress and the CPI-M as the former wants to field its candidates from these constituencies as they are considered Congress bastions. 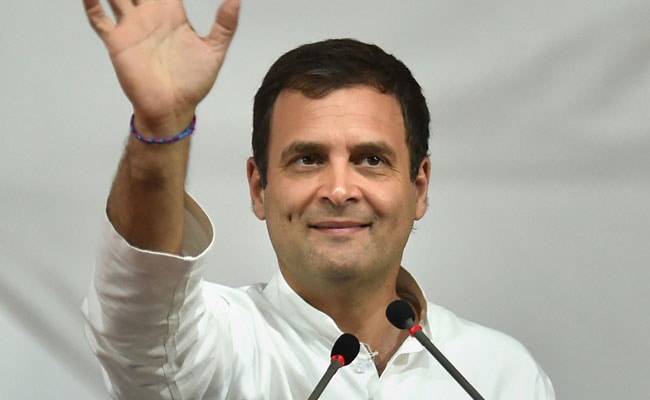 This emerged after a meeting of the West Bengal Congress leaders with Mr Gandhi at his residence in Delhi.

Sources said that Mr Gandhi will talk to Mr Yechury to iron out differences over the two Lok Sabha seats currently represented by CPI-M leaders Mohammad Salim and Badaruddoza Khan.

The two seats have become a sticking point between the Congress and the CPI-M as the former wants to field its candidates from these constituencies as they are considered Congress bastions.

The party had, however, lost the two seats in the 2014 polls by narrow margin.

While Uttar Dinajpur's Raiganj has been a pocket borough of the late Congress stalwart Priya Ranjan Dasmunsi, Murshidabad's politics has been dominated by the party's firebrand leader and former Union minister Adhir Ranjan Chowdhury.

The state Congress leadership had hinted on Monday it was ready to go it alone in the upcoming Lok Sabha elections if the Left Front does not leave for it the two seats.

"We have discussed the seat-sharing arrangement with the Congress president and said that if an alliance with the left has to happen, it has to be for the assembly polls as well.

Mr Mitra also told PTI, "We have given him (Gandhi) details of the problems that we are facing during talks on seat-sharing. We have told him about Raiganj and Murshidabad seats which have been the bone of contention. Rahul-ji has told us that he will speak to Sitaram Yechury to resolve the problem. Let's see what happens."

During the meeting with Mr Gandhi, Mr Mitra mentioned the "aspirations of party workers and leaders" to contest from Raiganj and Murshidabad, Congress sources in Kolkata said.

"The formula of friendly fight in those seats has also been discussed as neither the Congress nor the Left wants the talks to fail just for two seats. At the same time, we also need to keep in mind the aspirations of party workers," a senior Congress leader privy to the developments told PTI in Kolkata.

Mr Mitra Tuesday wrote a letter to Mr Gandhi underlining the need for "seat-sharing or alliance" with the CPI(M) in order to "stop the march of the BJP in the state and dethrone the Trinamool Congress in the 2021 Assembly polls".

The discussion between state Congress leadership and Mr Gandhi comes two days after the CPI(M) central committee came out with a proposal of "no mutual contest" for the upcoming Lok Sabha elections in six seats the two parties jointly hold.

It was seen as a move to untangle the formula of seat-sharing between the two political blocs to consolidate anti-BJP and anti-TMC votes.

While the Congress had bagged four seats in the state in the 2014 general elections, the CPI(M) had won only Raiganj and Murshidabad.