"The youth are our foundation. I want to create job opportunities for them," actor-turned-politician Sunny Deol said. 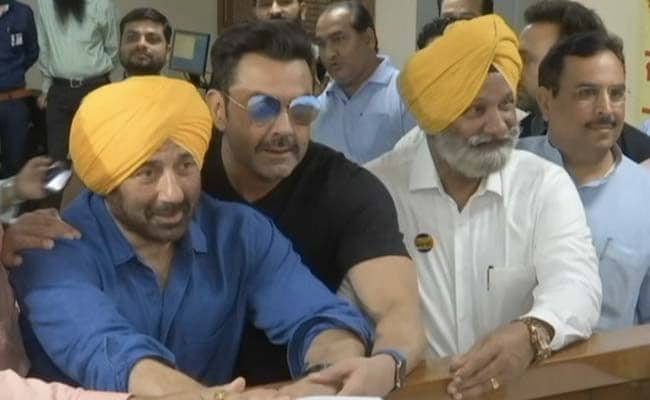 "The most important issue for me is welfare of youth," Sunny Deol said. (File)

Bollywood actor and BJP candidate from Gurdaspur Lok Sabha seat Sunny Deol today said that creating employment opportunities for young people will be his top priority. He added that he had come to Gurdaspur to serve people and not to return to Mumbai.

"The most important issue (for me) is our youth. The youth are our foundation. I want to create job opportunities for them," Sunny Deol said in his first media interaction after being named as candidate for Gurdaspur seat.

He also said he wanted to work for the welfare of the farming community.

"We belong to Punjab and farming is in our blood. I want to understand all their issues and do whatever is possible for their welfare," the actor said.

On Wednesday, Congress candidate Sunil Jakhar had accused Sunny Deol of having no understating of the issues of Punjab and asked him to share his vision for Gurdaspur constituency, telling him that "politics is a serious business and not a time pass activity".

Praising the work done by late BJP MP Vinod Khanna, Sunny Deol said, "Vinod ji has worked here for 20 years and he worked a lot here. After him, I got a chance to work (for this constituency). I want to work the same way as he did. I belong to people here and I will never hurt them. I will try to meet up to their expectations".

Vinod Khanna, who was fielded by the BJP from Gurdaspur seat in 1998 for the first time, was a four-time MP. He died in 2017.