Lok Sabha Elections: Shivraj Singh Chouhan said Pragya Thakur had been framed with false charges in the Malegaon blasts in which 6 people died and over 100 were injured in September, 2008.

Shivraj Chouhan said that the BJP had fielded Pragya Thakur with full responsibility.

Pragya Thakur, the 2008 Malegaon blast accused who has collected two notices with her controversial comments after becoming the BJP's candidate from Bhopal in the national election, was described as "a patriot and an innocent daughter of India" by Shivraj Singh Chouhan, a senior party leader. "She will win Bhopal with a huge majority," he pronounced.

Shivraj Singh Chouhan, a former Chief Minister of Madhya Pradesh, said Pragya Thakur, 49, had been framed with false charges in the Malegaon blasts in which six people died and over 100 were injured in September, 2008.

"The law was misused to charge her. She was subjected to inhuman suffering. One gets gooseflesh even thinking what she went through," Mr Chouhan told NDTV.

"My accusation is that a false 'Hindu terror' hype was whipped up and Digvijaya Singh was the mastermind." 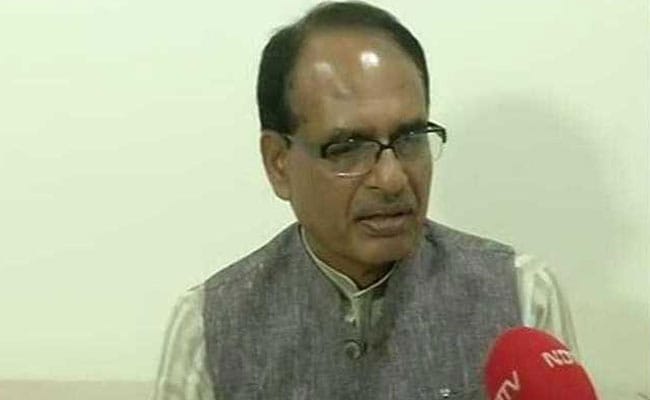 Shivraj Chouhan said Pragya Thakur, 49, had been framed with false charges in the Malegaon blasts in which six people died and over 100 were injured in September, 2008.

Digvijaya Singh is the Congress candidate from Bhopal, a seat that the BJP has won since 1989.

Given that it is a safe seat for the party, why did the BJP field Pragya Thakur? "Any ordinary candidate could have defeated Digvijaya Singh. But the party chose to pick Pragya. I don't understand the hungama (fuss) about it and the objection to her candidature," he said.

The National Investigation Agency dropped stringent terror charges against her citing lack of evidence, but a trial court in Mumbai refused to let her off charges under the Unlawful Activities (Prevention) Act.

Without a direct answer to the charges, Mr Chouhan said Pragya Thakur had the right to contest, as a citizen, and the BJP had fielded her with full responsibility.

"This is a country where the harassment of Draupadi led to the Mahabharat. People will not accept what was done to Sadhvi Pragya."

Asked about her controversial comments - including that she had "cursed" Hemant Karkare, who investigated her and later died fighting terrorists in the 26/11 Mumbai attack - Mr Chouhan said: "She has been a social worker and this one thing has been pinned on her..."

He added that she could speak for herself, didn't need anyone's defense.