"My Resignation Not Accepted, Have Complained": BJP's Uttar Pradesh Ally 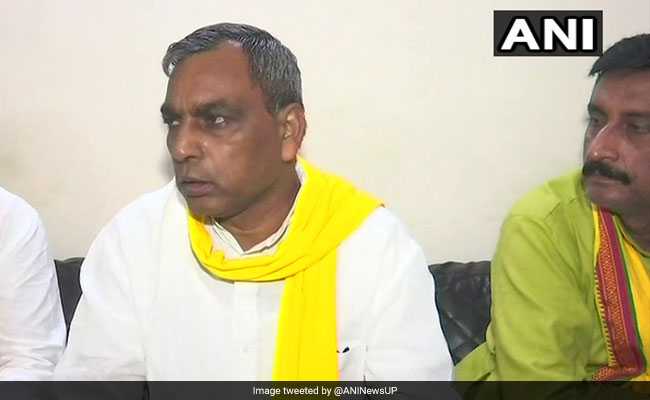 Known for blowing hot and cold against ally BJP, Suheldev Bhartiya Samaj Party chief Om Prakash Rajbhar claimed Monday he has resigned from the Yogi Adityanath government and it was up to the party to decide on it.

"I tendered resignation as minister on April 13. It is up to the BJP to decide whether to accept or reject it," Mr Rajbhar, a cabinet minister in the UP government, told reporters in Uttar Pradesh's Ballia.

"I have nothing to do with the government now," he said.

The SBSP chief alleged the BJP was misusing his party's name and flag in the election under way. "Even during Prime Minister Narendra Modi's roadshow, they were used. I have filed a complaint in this regard with the Election Commission," Mr Rajbhar said.

Mr Rajbhar has often publicly criticised the BJP, its ally in Uttar Pradesh.

Last month, he said his party will contest the Lok Sabha election in the state alone and announced candidates on 39 seats, prompting BJP leader and Deputy Chief Minister Keshav Prasad Maurya to say that "Rajbhar has been with the BJP and will remain with it".

But he has continued with his criticism of the BJP, alleging it was trying to weaken his party.

On Monday, the SBSP chief claimed the SP-BSP-RLD alliance will win more seats than BJP in the state. He also claimed that the BJP was worried over Congress chief Rahul Gandhi's continuous attacks on it.

Mr Rajbhar has fielded candidates on some 40 of the 80 Lok Sabha seats in the state after he failed to have an understanding with the BJP for Lok Sabha polls and has making adverse comments against the bigger NDA partner.

The Rajbhars constitute 20 per cent of the Purvanchal population and are regarded as the second-most politically dominant community after Yadavs in eastern UP, parts of which will vote during the sixth and seventh phase polls on May 12 and 19, respectively.

The SBSP won four seats in 2017 UP assembly elections.

Mr Rajbhar had said the BJP was under an impression it could win all 80 Lok Sabha seats in the state and 400 seats in the country "but the reality will dawn on May 23".