Congress leader Navjot Singh Sidhu today broke his silence and firmly stood by his wife Navjot Kaur Sidhu, after she attacked Punjab Chief Minister Amarinder Singh, claiming he blocked her attempts to get a party ticket from Punjab's Amritsar and Chandigarh. "My wife has that much strength and moral authority that she will never lie. This is my answer," said Mr Sidhu.

Navjot Kaur Sidhu had earlier said that she was told she would not win from Amritsar in the aftermath of the Dussehra train tragedy, where around 60 were killed and 57 were injured after a crowd of people celebrating the festival were mowed down by a train in October last year.

She hit out at the chief minister again earlier today, saying he should "respect women".

"You talk of women reservation, then please consider it. When educated leaders like me, who are ready to serve are there, don't deny us tickets by lying," she said. 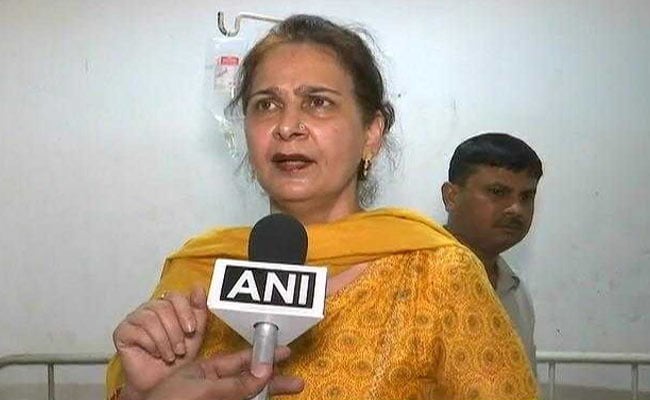 Amarinder Singh firmly denied the charges made against him, saying he had no role to play in ticket allocation.

"Ticket allocation was done by the Congress high command in Delhi, and they had chosen not to accept Navjot Kaur's application for ticket to contest from Chandigarh," he said, adding that Chandigarh was not under Punjab.

Ms Sidhu had last month expressed her disappointment on being denied a ticket from the Chandigarh Lok Sabha seat.

The ticket had instead gone to four-time parliamentarian and senior Congress leader Pawan Kumar Bansal. In 2014, BJP's Kirron Kher had wrested the seat from him.

Amarinder Singh also said he would take responsibility and quit if the Congress was wiped out from Punjab in the Lok Sabha election.

The comments from Navjot Kaur Sidhu have exposed a seemingly continuing rift between Amarinder Singh and Navjot Singh Sidhu.

Amarinder Singh had earlier disapproved of Mr Sidhu's visit to Pakistan for the ground-breaking ceremony of the Kartarpur corridor project. He said that he had tried to talk Mr Sidhu out of the visit, but had been told he had made a commitment.

All of Punjab's Lok Sabha seats are going to vote in the seventh and final phase of the Lok Sabha elections, the results of which will be declared on May 23.