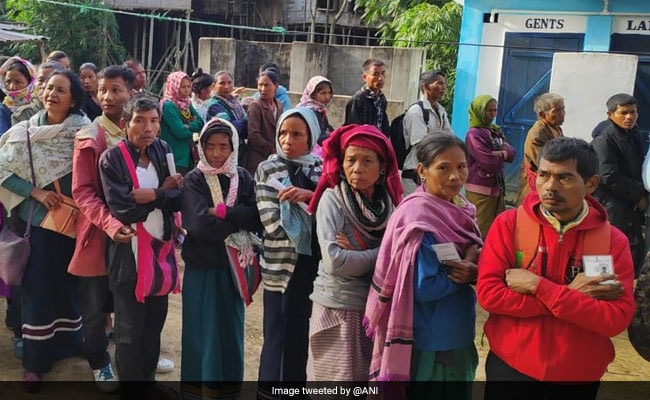 An umbrella body of civil society groups in Mizoram said it will boycott the Lok Sabha elections if Bru refugees living in neighbouring Tripura are allowed to vote from designated booths along the state border, instead of letting them visit Mizoram to vote at regular camps.

The NGO coordination committee on Monday called a bandh on April 8. This decision came after the Election Commission decided to make special arrangements to allow Bur refugees of Mizoram, who live at camps in northern Tripura, to vote at special booths along the Tripura-Mizoram border.

Mizoram has one Lok Sabha seat and polling will take place in the first phase on April 11.

Last year, before the Mizoram assembly polls, the civil society groups had protested against the Election Commission over the same issue. The then chief electoral officer of Mizoram SB Shashank had decided to allow the Bru refugees to vote from camps in Tripura.

This sparked protests in state capital Aizawl, and the EC had to remove Mr Shashank and also withdraw the decision of allowing Bru refugees to vote from Tripura.

Arrangements were then made for them to vote from along the Tripura-Mizoram border at Kanhmun. There are over 30,000 Bru refugees, who fled Mizoram in the 1990s after fierce ethnic clashes with the majority Mizo tribes. Of them, over 12,000 are eligible to vote.

The Mizoram civil society groups had also protested against the Citizenship Amendment Bill earlier this year.