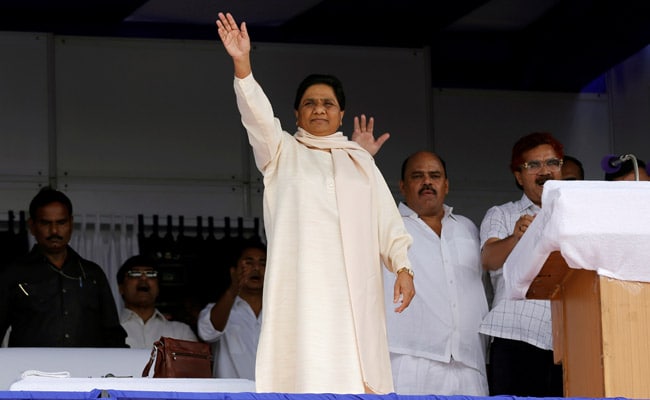 Mayawati, former Uttar Pradesh chief minister and Bahujan Sajawadi chief, known to shun social media not only for herself but also her party, is on Twitter. Over three months after a Twitter handle in her name appeared online, her party confirmed that it is indeed that of the Dalit powerhouse.

"Hello brothers and sisters. With due respect let me introduce myself to the Twitter family. This is my opening and inauguration. @sushrimayawati is my official twitter handle for all my future interactions, comments and updates. With warm regards. Thank you," Mayawati wrote in her first tweet on January 22.

Bihar leader and Lalu Yadav's son Tejashwi Yadav, who welcomed her to the social media platform on Tuesday, said he had requested her to join Twitter when during their meeting in Lucknow on January 13. It was after Mr Yadav's tweet that most people realised that Mayawati is on Twitter.

Finally glad to see you here. Happy that you acknowledged and respected my request of joining twitter during our meeting in Lucknow on 13th January. Warm Regards https://t.co/SzHlRkBPAB

The objective, Mayawati's party says, is speedy interaction with the media and masses , and expressing her views on various issues of national and political importance.  Mayawati, who is now verified on Twitter, has racked up over 11,000 followers (and counting). The numbers shot up instantly this morning as the news spread. In contrast, her ally Akhilesh Yadav has 8.9 million followers. Uttar Pradesh Chief Mininster Yogi Adityanath has 3.3 million followers and Prime Minisrer Narendra Modi has 45.4 million followers.

Seven out of the first 12 tweets are press releases from her party. "Connect me directly, get party views and updates. With regards (sic)," she tweeted on January 23.

A number of people reacted to the update, with one person wondering if she will follow Akhilesh Yadav.

Mananiya Sushri Behen Mayawati ji is here on Twitter!!!!!
Twitter just got so much better :)
I'm a legit fan of Mayawati ji ! (announcing it beforehand). https://t.co/uuQ800WSOD

Sources in the Bahujan Samaj Party (BSP) say the approaching national election is a make or break for the party and so, a decision has been taken to engage more with young audiences on social media platforms.

Last month, Mayawati minted an alliance in Uttar Pradesh with former arch rival Akhilesh Yadav, who is immensely popular on social media, for the Lok Sabha election. The two leaders left the Congress out of the equation.

The BSP hasn't been known for social media interactions or even other modes of communication except agency sound bites or the rare press conference addressed by Mayawati herself. The party has no authorised Facebook or You tube presence.

In contrast, Akhilesh Yadav has Facebook page, his party has a YouTube channel where all his press conferences and interactions are broadcast live . The Samajwadi Party also has a battery of spokespersons and leaders that interact with the press regularly. Yogi Adityanath's press conferences, which are mostly monologues on a topic of his choice, too are broadcast live via the party's and the chief minister's Twitter handles.