Reshma Patel was once one of the leading members of the Hardik Patel-led quota agitation body- Patidar Anamat Andolan Samiti (PAAS). 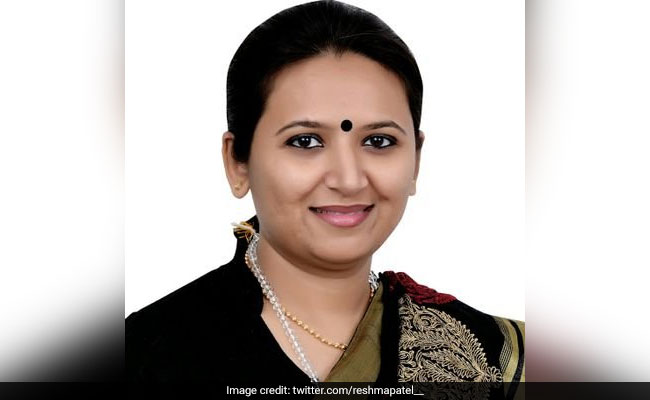 Gujarat BJP leader Reshma Patel Friday resigned from the party alleging that it has become a marketing company and its members have become sales persons.

She also made it clear that she was not joining the Congress or any other party, and might contest the election as an independent.

Ms Patel was once one of the leading members of the Hardik Patel-led quota agitation body- Patidar Anamat Andolan Samiti (PAAS). But she had joined the BJP ahead of the December 2017 Assembly polls, after accusing Hardik of being a "Congress agent" and trying to use the agitation to overthrow the present state government led by the BJP.

In her resignation letter sent to the BJP state unit chief Jitu Vaghani on Friday, Reshma Patel alleged that party members are treated like "labourers".

"BJP has merely become a marketing company, where party workers are asked to work like sales persons to do the marketing of BJP's false schemes and policies. BJP leaders act like dictators and treat workers as labourers. I hereby resign from the party as I cannot bear the injustice any more," she said.

Talking to PTI, Ms Patel said, she has made up her mind to contest the upcoming Lok Sabha election from Porbandar seat.

"I am not joining the Congress or any other party at present. I am keen on contesting the Lok Sabha poll from Porbandar seat. I may also contest as an independent candidate," he said.