Why The "Delay" In Poll Dates Announcement: Commission Sources Explain 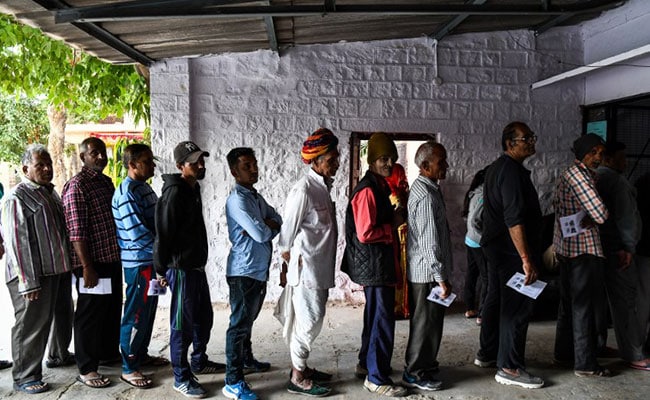 For the 2014 national elections, the election dates were announced on March 5.

There is enough time to announce election dates and the allegations of deliberate delay by some political parties are unwarranted, sources in the Election Commission told NDTV on Wednesday.

"We don't operate as per PM's schedule, we have our own schedule," a senior official of the Election Commission told NDTV.

For the 2014 national elections, the election dates were announced on March 5.

Taking note of that, opposition parties have accused the Commission of deliberate delay to ensure that government can announce a series of programmes and welfare measures that would not be possible once the model code of conduct comes into effect.

Similar allegations were made ahead of the assembly elections in Gujarat, with the Congress accusing the BJP of rushing with people-friendly announcements in the period before the announcement of elections.

This time, pointing to the hectic tours and last-minute announcements of programmes and welfare schemes by Prime Minister Narendra Modi, senior Congress leader Ahmed Patel had tweeted: "Is the Election Commission waiting for the Prime Minister's "official" travel programs to conclude before announcing dates for General Elections?"

His tweet came on March 4 - a day before the elections were announced in 2014.

The official of the Election Commission, however, pointed out that this time, the dates allow for a slightly more relaxed schedule.

For the commission, the primary concern is to check on the poll preparedness of various states. Over the last months, its officials have been fanning out across the country on meticulous stock-taking tours. This time, their task could also be complicated by the possibility of simultaneous election in at least one state.

Asked if simultaneous election would be held in the state, the official said the decision would be "taken in due course".