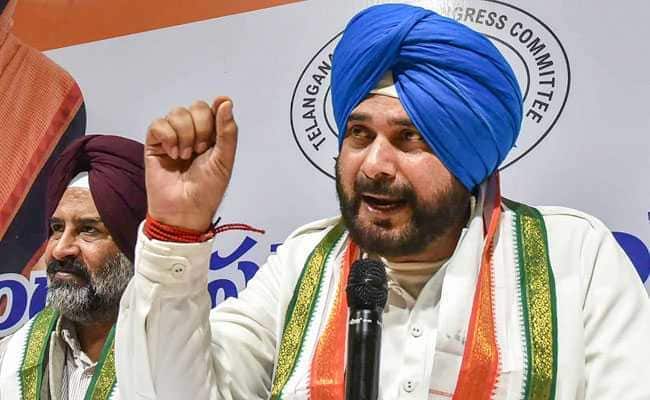 Bihar's election office has filed a police complaint against Congress leader Navjot Sidhu, alleging his remark, in which he had warned the state's Muslim community against dividing its votes, was in violation of the model code of conduct. The office has also sent a report to the Election Commission for further action.

In a rally in Bihar's Katihar, Mr Sidhu on Tuesday alleged that Asaduddin Owaisi's party AIMIM was fielded to split Muslim votes. He appealed to the community to remain united to defeat Prime Minister Narendra Modi in the ongoing national election.

"I will like to warn you Muslim brothers, they are dividing you by bringing people like Owaisi. They are raising a new party here, they want to divide and win," Mr Sidhu said.

"If you people remain united, you have 65 per cent population here, here minority is majority, then everything will be overturned, it could lead to Modi's loss," he added.

Mr Owaisi, whose party has fielded a candidate in Kishanganj, was quick to respond. In his counterattack, he invoked Mr Sidhu's long association with the BJP.

"Who are you trying to unite when you were in BJP for so long? The party is indeed new for him, but Seemanchal's backwardness is old. We will get rid of it," he said.

Mr Owaisi's party has fielded a candidate in Kishanganj, a constituency with a sizeable Muslim population.

The Congress is contesting the national election in Bihar in alliance with Lalu Yadav's RJD to stop the division of the anti-BJP votes. The RJD is contesting 19 seats, Congress nine and Rashtriya Lok Samata Party (RLSP) of Upendra Kushwaha--who quit the BJP-led alliance in December-- is contesting five.

The Election Commission's model code of conduct bars political leaders from making any communal comments during polls. The political parties and its leaders are also barred from seeking votes on the basis of religion.

The poll body has recently taken stringent action against a number of leaders for comments on religious line. For a similar remark, Bahujan Samaj Party chief Mayawati earned a 48-hour ban on campaigning. Uttar Pradesh Chief Minister Yogi Adityanath's response to the BSP chief remark got him a 72-hour ban on canvassing.