Himanta Biswa Sarma said BJP under the leadership of Prime Minister Narendra Modi will win the Lok Sabha polls with a better margin than in 2014. 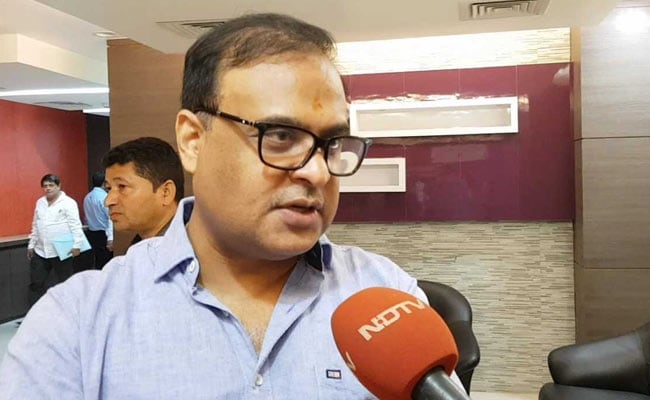 Himanta Biswa Sarma was instrumental in ensuring BJP's victory in Assam and other noertheastern states.

Assam Finance Minister Himanta Biswa Sarma on Sunday said the BJP and its allies will win between 19 and 21 seats out of the Northeast's 25 Lok Sabha seats.

He also said the BJP under the leadership of Prime Minister Narendra Modi will win the Lok Sabha polls with a better margin than in 2014.

Assam's 14 constituencies will see polling in three phases on April 11, 18 and 23. Manipur and Tripura, which have two seats, will vote in two phases on April 11 and 18. Meghalaya (two seats), Nagaland (one), Arunachal Pradesh (two), Mizoram (one) and Sikkim (one) will go to the polls on April 11.

"There are 25 Lok Sabha seats in the Northeast. I think the BJP and its partners, who are members of the North East Democratic Alliance (NEDA), will win 19-21 seats. In Assam, the BJP and its allies are going to win between 9 and 11 seats," Mr Sarma told media persons on the sidelines of an event in Bokakhat.

The BJP's agenda for the Lok Sabha polls will be identity and development, he said.

The senior BJP leader, who was instrumental in ensuring the saffron victory in Assam and other noertheastern states, also hinted that he might contest the Lok Sabha polls.

"It is up to the party. If the party gives ticket, I'll contest the polls," Mr Sarma said.

He refused to comment on the BJP forming alliance with other parties in Assam, saying that only state unit President Ranjit Dass could comment on the matter.

In recent times, the BJP has faced some setback in the Northeast as different political parties and organisations have opposed its move to pass the contentious Citizenship Bill in the Lok Sabha.

While its alliance partner in Assam, Asom Gana Parishad (AGP), has snapped its ties with the BJP due to the controversial bill, several other allies of the NEDA, including NPP, have threatened to quit the alliance if the bill is turned into an act.

The bill finally elapsed after the BJP failed to pass it in the Rajya Sabha during the previous Parliament session.