Lok Sabha Elections 2019: Sunny Deol prayed at a gurdwara in Gurdaspur before starting his election campaign 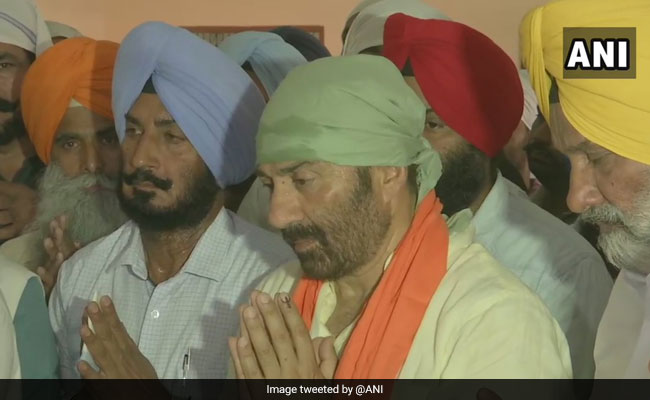 The 62-year-old actor-politician filed his nomination from Gurdaspur on Monday. After filing his nomination papers, he addressed a rally, attended by union ministers VK Singh, Jitendra Singh and Vijay Sampla.

Soon after filing his poll papers, Sunny Deol addressed an election rally, where the crowd cheered him as he delivered some of the catchy dialogues from his popular films.

"Look, I do not know much about politics but I am a patriot," Sunny Deol said. "I have come here to connect with you because I want our Punjab and our country to scale new heights," he added.

The Gurdaspur seat has been a BJP stronghold, once represented by actor-turned-politician Vinod Khanna in 1998, 1999, 2004 and 2014. After his death, there was speculation that his wife Kavita Khanna would be nominated from the seat.

The Gurdaspur constituency is currently held by Congress lawmaker Sunil Jakhar, who won the seat in the 2017 by-elections, after the death of Vinod Khanna.

Punjab is voting in single phase on May 19 and counting will be held on May 23.