Lok Sabha Elections 2019 - Gir Forest, Gujarat: The voter in question, an old hermit known as Mahant Bharatdas Darshandas, has not missed a single election, whether it was the 2004, 2009 and 2014 national elections or the 2007 and 2012 Gujarat elections. 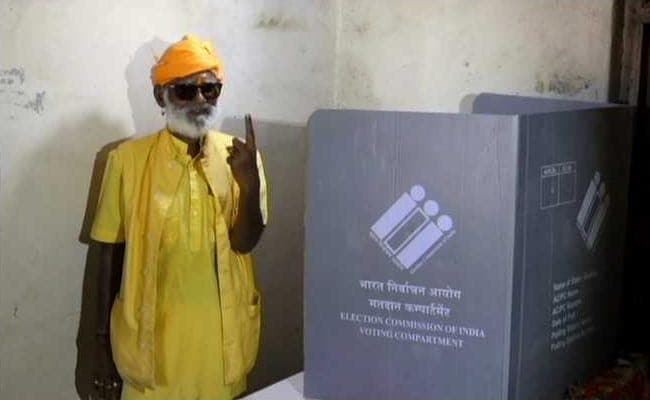 The sole inhabitant of a tiny village deep inside Gujarat's Gir Forest cast his vote today during the third phase of the general elections. The voter in question, an old hermit known as Mahant Bharatdas Darshandas, has not missed a single election in recent times, whether it was the 2004, 2009 and 2014 national elections or the 2007 and 2012 Gujarat elections.

"Government spends money for this polling booth for one vote. I've voted and its 100 per cent voter turnout here," he was quoted as saying by news agency ANI.

An Election Commission team ventures around 55 kilometres inside the forest every election season to set up a special polling booth for the saint at a temple in Banej village. The poll panel has a mandate to not let any voter travel more than 2 kilometres to reach a polling booth.

What makes the journey inside the forest especially risky for the Election Commission, is the fact that the Gir Forest is home to the rare Asiatic lion.

In every election season, the Election Commission faces challenging terrain across many different states, reported The Washington Post.

This time, in Arunachal Pradesh, an election commission team travelled more than 400 kilometres, a four-day journey, to Malogam village, which has five residents, but only one registered voter.

For Ladakh, located high above the Himalayas, teams are airlifted, before a one-day trek with oxygen cylinders, to reach voters.

To ensure nine residents of the Andaman and Nicobar islands cast their votes, an election commission team braved crocodile swamps.

"For 100% voter turnout everywhere, I request all to go and vote," Bharatdas Darshandas said after he cast his vote.

Counting of votes begins on May 23.

(With Inputs From ANI, IANS And The Washington Post)