Why this temple priest is one of India's most prized voters 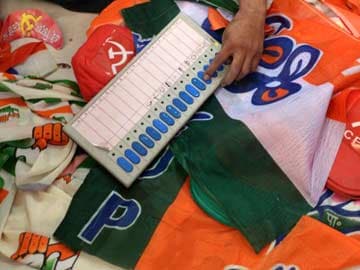 Ahmedabad: He remains one of India's most prized voters. Mahant Bharatdas Darshandas is the lone voter in the midst of Gujarat's Gir forest, home to the Asiatic lion, for whom an entire election team sets up a polling booth every election - and will do so again on April 30. (India Votes 2014: coverage)

Darshandas, in his early 60s, is the lone occupant of a hamlet called Banej in Gir forest. He has been casting his vote for the past elections, including the 2004 and 2009 parliamentary elections and the 2007 and 2012 state elections.

This time too, the Election Commission of India is making all arrangements to ensure that Darshandas, a temple priest, gets to cast his precious single vote. Darshandas lives in Banej Tirthdham, a pilgrimage spot inside the Gir sanctuary and looks after an ancient Shiva temple there.

With the Election Commission mandating that no voter should "ordinarily travel more than 2km to reach the booth", every election time a polling team travels around 35 km to reach the hamlet of Banej inside the Gir forest, located in Junagadh district.

"We are only following the EC guidelines, which has said that no voter should have to travel more than 2 km to vote," Junagadh Collector Alok Kumar Pandey told IANS on phone.

"Around four-five polling officials will travel to Banej on April 29 night carrying with them the polling material, including the Electronic Voting Machine. They will be accompanied by forest guards. On April 30 they will set up the polling booth for the single voter," Pandey said.

According to Pandey, the poll team will travel in a SUV from Una to Banej.

Has the polling team ever encountered lions while travelling to Banej?

"A couple of forest guards always accompany the polling team. Till date there has been no incident of any wild animals attacking the polling team," Lalit Padalia, Joint Chief Electoral Officer of Gujarat, told IANS on phone.

Though in the normal course polling hours extend through the day, the election team at Banej would be able to wind up and return the minute Darshandas has pressed the EVM button and his finger is marked with the indelible ink, said Pandey.

Across Junagadh, the Election Commission will set up 2,203 polling stations on April 30, he added.

Promoted
Listen to the latest songs, only on JioSaavn.com
Gujarat, the home state of Bharatiya Janata Party (BJP) prime ministerial candidate Narendra Modi, will have single phase polling for the 26 Lok Sabha seats on April 30.