Elections 2019: 7 Lok Sabha Seats In West Bengal To Go To Polls In Phase 5

The ruling Trinamool Congress, the BJP, the Congress and Left Front constituent CPI(M) are the main contenders in the seven seats where the fate of 83 candidates will be decided by a 1,16,91,889-strong electorate. 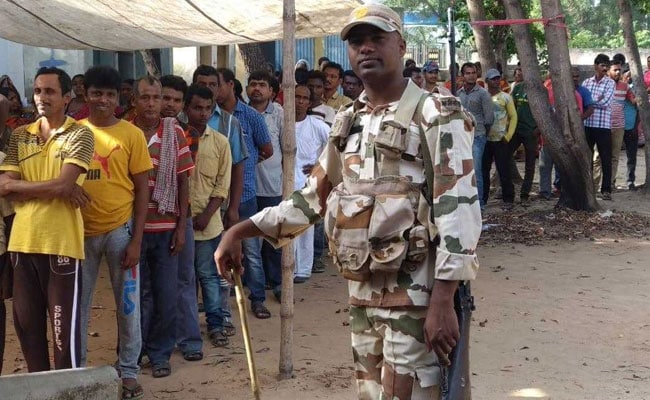 Seven Lok Sabha constituencies spread across three districts in West Bengal will go to polls in the fifth phase of elections on Monday.

The ruling Trinamool Congress, the BJP, the Congress and Left Front constituent CPI(M) are the main contenders in the seven seats where the fate of 83 candidates will be decided by a 1,16,91,889-strong electorate.

To ensure free and fair polling in Bongaon (SC), Barrackpur, Howrah, Uluberia, Serampore, Hooghly and Arambagh (SC) seats, the Election Commission will deploy a total of 578 companies of central forces, which will cover almost 100 per cent polling booths, officials said.

Ms Banerjee also participated in a number of roadshows, including one in the last day.

The TMC has fielded Mamata Thakur against BJP nomiee Shantanu Thakur inviting a split in the Matua community in the Bangaon (SC) seat. The CPI(M) has nominated Alakesh Das, while the Congress has fielded Sourav Prosad.

Shantanu Thakur was injured in an accident Saturday. Matua votes were considered a major factor in the Trinamool Congress'' win in the 2011 and 2016 Assembly polls.

In Barrackpore, the TMC has fielded Dinesh Trivedi against BJP''s Arjun Singh who defected from the TMC ahead of the polls. The Congress has nominated Md Alam and the CPI(M)'s candidate is Gargi Chatterjee.

The Howrah Lok Sabha seat will see footballer-turned-polictician Prasun Banerjee of the TMC locking horns with BJP''s Rantidev Sengupta. The Congress has nominated Suvra Ghosh and the CPI(M) has nominated Sumitro Adhikary.

In Uluberia, TMC''s Sajda Ahmed will contest against Joy Banerjee of the BJP. The Congress has fielded Shoma Ranisree Roy and Maksuda Khatun has been nominated by the CPI (M).

Kalyan Banerjee is the TMC candidate from Sreerampur against BJP's Debjit Sarkar. The Congress has nominated Debabrata Biswas and the CPI(M) named Tirthankar Ray for the seat.

In Hooghly the seat, Dr Ratna De Nag of the TMC will contest against BJP''s celebrity candidate Locket Chatterjee.

The CPI(M) has nominated Pradip Saha and the Congress has fielded Pratul Chandra Saha for the seat.

In the Arambagh (SC) seat, TMC''s Aparupa Poddar will contest against Tapan Kumar Ray of the BJP. The CPI(M) has fielded Sakti Mohan Malik and the Congress has nominated Jyoti Kumari Das.

Besides general election observers and expenditure observers, the poll panel has for the first time deployed a special police observer and a special observer.

In another first, VVPATs will be used in all the polling booths along with the EVMs, EC sources said.