Read inOther Languages
This Article is From May 27, 2019

Election Results 2019: Smriti Irani said BJP worker Surendra Singh was killed so that Amethi could be "terrorised, disintegrated and bowed down". 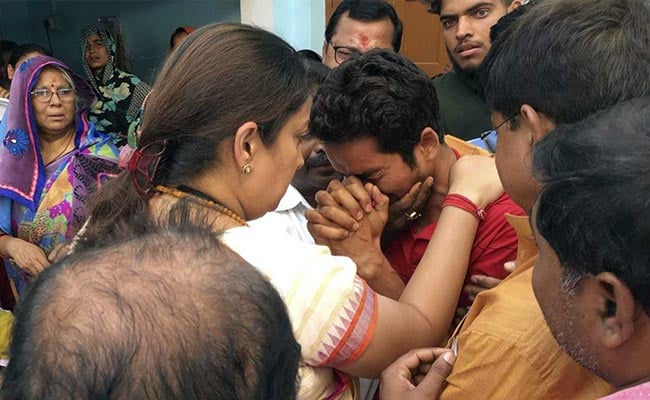 Smriti Irani consoled the family members of Surendra Singh who was killed in Amethi.

Smriti Irani, who gave one of the biggest shocks for the Congress by beating Rahul Gandhi in Amethi, targeted Mr Gandhi and said she got his message to take-care-of-Amethi-with-love "loud and clear".

The newly-elected parliamentarian's response came after the killing of a BJP worker in Amethi late Saturday night. The ex-village head had worked closely with Ms Irani and had campaigned for her.

"On (May) 23, I was given a message that take care of Amethi with love. To the person, who gave me the message, I would like to say that I have received the message loud and clear," she said, referring to Mr Gandhi's remarks made on the counting day. 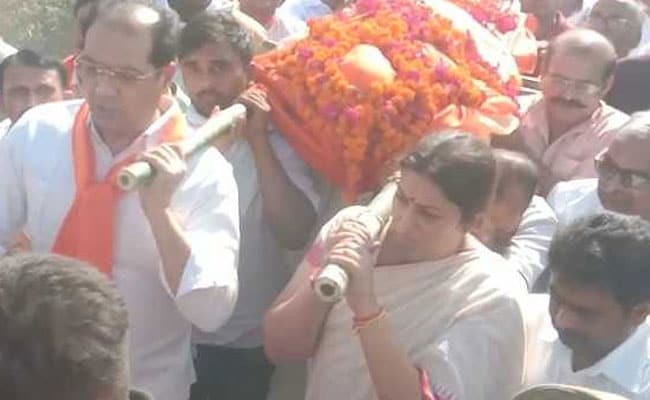 Last Thursday, as it became clear that he was losing Amethi, Rahul Gandhi conceded defeat and congratulated Ms Irani. "I want Smriti Irani ji to keep people's faith and take care of Amethi with love," he told reporters in a brief press conference after the Congress's massive defeat in the national election.

Ms Irani asked party workers to exercise restraint. She said Surendra Singh was killed so that Amethi could be "terrorised, disintegrated and bowed down". "The development will reach every household of Amethi in his (Surendra Singh''s) memory," she said.

Smriti Irani said, if need be, she would approach the Supreme Court to ensure that Surendra Singh''s killers are given capital punishment.

Chief Minister Yogi Adityanath asked the state police chief to show results within 12 hours and the Lucknow police chief has been sent to oversee the investigation. Seven people have been taken into custody and they are being interrogated.

The dusty, largely rural constituency around 130 km from UP capital Lucknow, had been held by Mr Gandhi's family almost continuously for the last four decades.

"Kaun kehta hai aasmaa me surakh nahinho sakta (who says one can't achieve the impossible)," Smriti Irani had quoted poet Dushyant Kumar in her tweet on her incredible win.