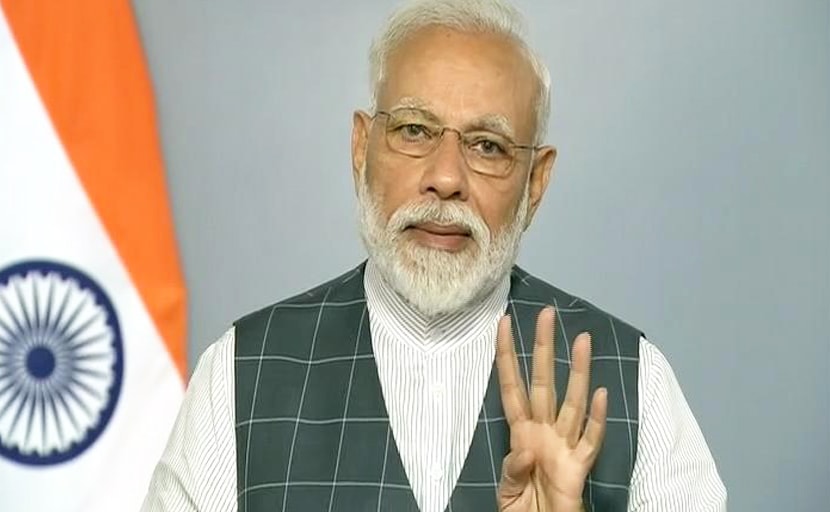 Mission Shakti: India has "achieved a big feat", he said.

Prime Minister Narendra Modi in a televised address to the nation today said India has shot down a low earth orbit satellite with an anti-satellite missile or A-SAT.

PM Modi - asserting that the action is not directed against any country - said that with Mission Shakti's success, India has become the fourth country to have tested such an anti-satellite weapon after the US, Russia and China. The A-SAT missile shot down the Low Earth Orbit satellite within "three minutes of launch", with remarkable precision and technical capability, PM Modi said.

"This is a big moment for India. Something that all of us should be proud of. We are not just capable to defend on land, water and air, but now also in space. I congratulate all scientists who have made this possible and made India a much stronger nation," PM Modi said in a televised address.

Here are the Highlights on Mission Shakti:

Mission Shakti: Prime Minister Narendra Modi's Mission Shakti Speech Being Examined: Election Commission After Complaints
The Election Commission said it is "studying" this morning's announcement by Prime Minister Narendra Modi about the anti-satelite missile test. The Opposition parties had raised a clamour after the announcement, claiming the Prime Minister was trying to gain political points two weeks before the national elections and it was a violation of the Model Code of Conduct.
Mar 27, 2019 18:23 (IST)
Asaduddin Owaisi Attacks PM, Hails scientists on Mission Shakti
IMIM president Asaduddin Owaisi said Prime Minister Narendra Modi was trying to appropriate DRDO's success in demonstration of anti-satellite missile capability.
Mr Owaisi said he was expecting more, like tangible action against Pakistan.
Mar 27, 2019 16:45 (IST)
UPA Didn't Have Courage To Back Institutions: Amit Shah
"UPA did not have the courage to back its institutions and people, NDA under PM Modi has shown the conviction to do so," tweets BJP president @AmitShah
Mar 27, 2019 16:35 (IST)
Nitish Kumar congratulates DRDO on success of ''Mission Shakti''
Bihar Chief Minister Nitish Kumar on Wednesday congratulated the Defence Research and Development Organisation (DRDO) and its scientists for the success of ''Mission Shakti''.
Praising the DRDO and its scientists associated with "Mission Shakti", Mr Kumar expressed happiness on India becoming the fourth country in the world to join the exclusive club of space super powers after the US, Russia and China, an official release said.
Mar 27, 2019 16:24 (IST)
PM Modi has made country proud with 'Mission Shakti': Devendra Fadnavis
Devendra Fadnavis said Wednesday that Prime Minister Narendra Modi had done India proud with the successful testing of an anti-satellite missile.
He also congratulated the scientists who achieved the feat and noted that India has become the fourth country in the world after the US, Russia and China to have such a capability.

India's Mission Programme is world-class for many many years.
We are always proud of our scientists, @DRDO_India , other research & space organisations. 1/4

Research, space management & development are a continuous process over the years. Modi, as usual, likes to take the credit for everything. Credit to those who really deserve it, our scientists & researchers. 2/4

Today's announcement is yet another limitless drama and publicity mongering by Modi desperately trying to reap political benefits at the time of election. This is a gross violation of Model Code of Conduct. 3/4

There is no great urgency in conducting and announcing the mission now by a government past its expiry date. It seems a desperate oxygen to save the imminent sinking of the BJP boat. We are lodging a complaint with the Election Commission. 4/4

Let us cherish the 'idea of India' for which our freedom fighters laid down their lives. Our people and our great institutions must strive to remain "independent", in the true sense of the word 2/2

I would also like to wish the PM a very happy World Theatre Day.

I congratulate the whole team of scientists & engineers at @DRDO_India & @isro for this monumental achievement. India has become a #SpacePower and the success of this mission will give a boost to the nation's technological progress as well as economic growth.

We congratulate @isro & the Govt on the latest achievement for India. The Indian Space Programme established in 1961 by Pt. Jawaharlal Nehru & the Indian Space Research Organisation set up under Smt. Indira Gandhi has always made India proud with its ground breaking achievements.

Today @narendramodi got himself an hour of free TV & divert nation's attention away from issues on ground - #Unemployment#RuralCrisis & #WomensSecurity - by pointing at the sky.

Congratulations @drdo_india & @isro - this success belongs to you. Thank you for making India safer.

Mar 27, 2019 12:56 (IST)
Nitin Gadkari Tweets On Mission Shakti
"I congratulate the scientists and the people of this country on the success of Mission Shakti. We have shot down a low orbit satellite, which means the nation is prepared to face threat of any kind," Union Minister Nitin Gadkari said in a tweet.
"This is a perfect example of the capability of India's defence forces and space scientists. Our scientists have proven that the nation is in able hands," he said.
Mar 27, 2019 12:47 (IST)
You Can Watch PM Modi's Address To Nation Here

An important message to the nation. Watch. https://t.co/0LEOATgOOQ

In the journey of every nation there are moments that bring utmost pride and have a historic impact on generations to come.

One such moment is today.

India has successfully tested the Anti-Satellite (ASAT) Missile. Congratulations to everyone on the success of #MissionShakti.

#MissionShakti is special for 2 reasons:
(1) India is only the 4th country to acquire such a specialised & modern capability.
(2) Entire effort is indigenous.
India stands tall as a space power!
It will make India stronger, even more secure and will further peace and harmony.

#MissionShakti was a highly complex one, conducted at extremely high speed with remarkable precision. It shows the remarkable dexterity of India's outstanding scientists and the success of our space programme.

Mar 27, 2019 12:40 (IST)
"This was done under India's Mission Shakti programme. This is a big moment for India. Something that all of us should be proud of. We are not just capable to defend on land, water and air, but now also in space. I congratulate all scientists who have made this possible and made India a much stronger nation": PM Modi
Mar 27, 2019 12:35 (IST)
"India has always maintained that space should not be an arena for warfare and that remains unchanged in spite of this. India has always been a nation of peace, but we also defend ourselves. It is with that intention that we achieved this capability," PM said.
Mar 27, 2019 12:32 (IST)
India becomes only the fourth nation after the United States, Russia and China to be able to target objects in space: PM
Mar 27, 2019 12:31 (IST)
India A Major Space Power, Says PM
"India is now a major space power. In less than three minutes, a made-in-India anti-satellite missile shot down a satellite in the LEO (Low-Earth Object) satellite," he said.
"India has achieved a big feat today... this time in space sciences," PM said.
Mar 27, 2019 12:27 (IST)
"It's a moment of pride for the country," says PM Modi as he addresses the nation. India shot down a low-satellite mission,  he says.
Mar 27, 2019 12:03 (IST)
PM Modi in his tweet said he would speak around 12 pm.
Mar 27, 2019 12:02 (IST)
It is unusual for the Prime Minister to address the nation ahead of Lok Sabha elections.
Mar 27, 2019 11:56 (IST)
PM Modi Tweets About "Address To Nation"

Do watch the address on television, radio or social media.