Shivamurthy Sharanaru has been accused of sexually assaulting and abusing two minor girls who were students living in the girls' hostel in the premises of the Murugha Mutt for over three years. 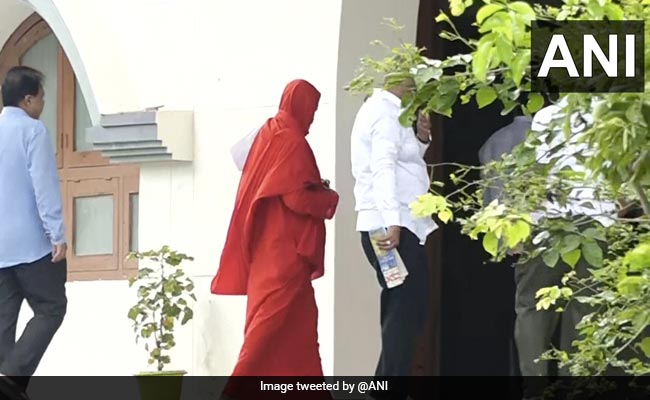 Police have requested that the victims could come forward and lodge a complaint.

Shocking details have emerged from the Chitradurga district of Karnataka, where the police have filed a chargesheet against the most powerful Lingayat seer, Shivamurthy Murugha Sharanaru of Murugha Mutt, who is alleged to have sexually abused minor girls.

Senior police officers confirmed to NDTV that the chargesheet, based on the statements of the victims, mentions how the minor girls living in the hostel of Murugha mutt were drugged, and abused by the Lingayat seer. As the case gets murkier, the investigating officers have requested through media that the victims could come forward and lodge a complaint against the seer.

A prominent face of the Lingayat community, Shivamurthy Sharanaru is the same seer who had initiated Rahul Gandhi into the Lingayat Sect in August.

Shivamurthy Sharanaru has been accused of sexually assaulting and abusing two minor girls who were living in the girls' hostel in the premises of the Murugha Mutt for over three years.

The two minor girls who fled the Murugha Mutt reached Odanadi, an NGO in Mysuru, on August 26 seeking help. With the help of the child welfare committee, an FIR was registered against the Lingayat seer at the Mysuru police station.

Though the case was transferred to Chitradurga police station, the accused was arrested after nearly five days on September 1.

From BJP to Congress, several top leaders came in support of the seer as this is one vote bank nobody wants to risk before the state goes to polls next year.

The police have also framed charges against hostel warden Rashmi and another accused in the case, Paramashivaiah.

However, the police are gathering evidence against two more accused -- Gangadharaiah and a minor. The chargesheet was submitted by the investigating officer in court on October 27.