'Let Us Fight Together': Mamata Banerjee Calls For Front Against Centre 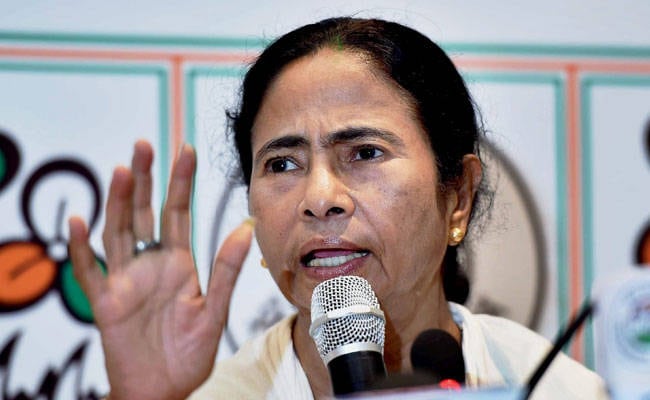 Kolkata: Accusing the BJP-led government at the centre of "political vendetta", West Bengal Chief Minister Mamata Banerjee has said opposition parties should raise a united resistance against it.

The 61-year-old leader said the government's handling of a row over a veteran's suicide allegedly over the centre's military pension scheme and the encounter of eight men from the banned group Students Islamic Movement of India or SIMI near Bhopal reeked of political bullying.

That Prime Minister Narendra Modi consulted Bengal's top bureaucrat on a employment guarantee project recently and not her, has also not gone down with her.

"Political vendetta is going on everywhere. Even in development work. Why is the prime minister consulting the chief secretary instead of the elected chief minister? Unprecedented," she said.

"I am fighting this battle alone. I am requesting all my friends from other political parties to come together, set up a front, may be federal front... But let us fight together. If anyone comes, I will be very happy. If anyone calls me, I shall be happy to attend," she added.

She slammed the centre, which controls Delhi's police, for preventing Delhi Chief Minister Arvind Kejriwal and Congress vice president Rahul Gandhi from meeting the family of a retired Army man who committed suicide over the One Rank One Pension or OROP scheme this week.

"He is the CM of Delhi. Why he was detained in his own state? Police said upar say instruction aya (got instructions from above). Why instruction, who gave instruction?" she said.

Promoted
Listen to the latest songs, only on JioSaavn.com
Ms Banerjee also echoed most opposition parties over the encounter near Bhopal, where eight men were killed hours after a jailbreak on Monday but questions have been raised whether they were given a chance to surrender.

"We want an impartial enquiry. Supreme Court can set up a judicial enquiry. Any sitting judge may enquire it in the interest of the country," she said.