The Westminster Magistrates Court ordered business tycoon Vijay Mallya to be present on 4 December when arguments in the extradition case begin. But the judge turned down his request to set up barriers outside the court to keep the media away. That is pushing it too far," the judge observed. 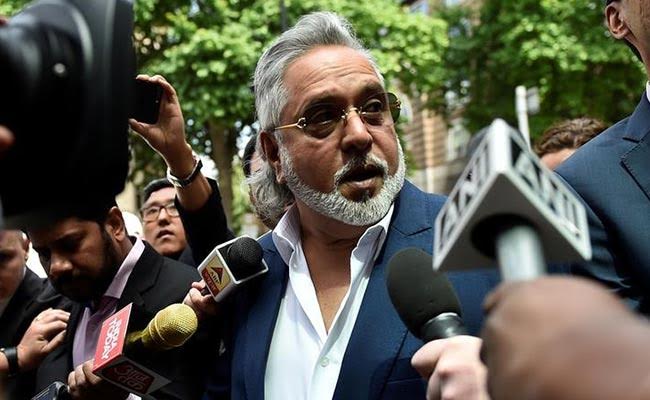 The court will start hearing arguments in the Vijay Mallya's extradition case from 4 December.

LONDON: A 2,000-page dossier has been filed as part of evidence in a London court to secure extradition of fugitive businessman Vijay Mallya wanted by Indian agencies for defaulting on loans of over Rs. 9,000 crore. The Indian government has filed an extradition case against Mr Mallya, who escaped to the UK and has been staying put since March last year.

The court will start hearing the arguments from 4 December. It shall hold a brief hearing on 14 September to let the liquor baron submit a written rebuttal of the evidence submitted by UK's Crown Prosecution Service, or CPS, on India's behalf.

An Indian High Commission statement later expressed satisfaction at the December 2017 hearings "despite delaying tactics" by the liquor baron's lawyer who had earlier asked the case to be taken up in March next year. "We had excellent cooperation from the Indian authorities and we are ready from our side," Mark Summers of the CPS said.

After the government submitted the evidence in court on Thursday, Mr Mallya's lawyer Ben Watson sought more time to analyse the charges levelled by the government in the two sets of documents last evening. "We need time to read through it and file our response accordingly," Mr Watson said.

Sources in the Central Bureau of Investigation, or CBI, have said they have presented enough evidence for a "strong case" against Mr Mallya. A CBI team was in London during April and May 2017 to brief the Crown Prosecution Service.

The documents include charges filed in Indian court, documentary evidence of the offences and statement of witnesses. Evidence regarding the falsities and misrepresentations made by Mr Vijay Mallya and officials of the Kingfisher Airlines have also been provided," the Indian High Commission said.

As he walked into the court on Thursday for the hearing, Mr Mallya appeared unperturbed. "Let the CBI provide the evidence they have. We will also state our case. We are in court now, I have nothing more to say," he told NDTV.

Mr Mallya was in the court today despite being granted exemption from personal appearance. At the hearing last month, Mr Mallya wanted the court to keep away the media that was intruding his privacy. Today, the chief magistrate Emma Arbuthnot asked Vijay Mallya to be present in court on 4 December but made it clear that his request for barricades couldn't be accepted. "I can't put up barriers on the street. That is pushing it too far," the judge said.

Vijay Mallya was arrested on April 18 in London and is now out of bail. The 61-year old former chief of Kingfisher Airlines, who is wanted in connection to loan default to the tune of Rs. 9,000 crore, appeared personally for the hearing in June and was accompanied by his son Siddharth Mallya. Before the hearing, when asked about the 'billion pounds', Vijay Mallya said, "you can keep dreaming about a billion pounds. You do not know facts so don't ask irrelevant questions."
Comments
Vijay MallyaMallya extraditionLondon court