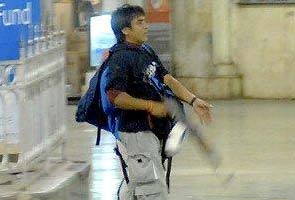 Islamabad: Lawyers defending seven Pakistanis accused of involvement in the Mumbai attacks, including Lashkar-e-Taiba (LeT) commander Zakiur Rehman Lakhvi, have questioned whether prosecutors have hard evidence that the attackers trained in camps in Sindh and other locations.

The defence lawyers made the contention during a hearing of the Mumbai attacks case at Adiala Jail in Rawalpindi while cross-examining five prosecution witnesses who had testified that the attackers trained at camps in Sindh and Khyber-Pakhtunkhwa provinces and Pakistan-occupied Kashmir.

The witnesses, officials from the Federal Investigation Agency and Inter-Services Intelligence, told Judge Chaudhry Habib-ur-Rehman that the attackers had been trained at LeT training camps in Karachi, Battal in Mansehra district of Khyber-Pakhtunkhwa and Muzaffarabad in PoK.

Khwaja Haris Ahmed, the counsel for Lakhvi, asked the prosecution witnesses whether they had actually seen the suspects training at the LeT camps.

The witnesses replied that their testimony was based on official reports about activities at the camps and that they had not witnessed the suspects training in the use of firearms or explosive devices, Ahmed contended.

"We also asked them that if there were reports on the activities in these camps that were sent to senior officials, why no action was taken against the camps. Our contention is that there were no such camps," Mr Ahmed told PTI.

Mr Ahmed further said that the prosecution witnesses had not produced the reports on the training camps in court on the ground that they were "secret".

Special Prosecutor Chaudhry Zulfiqar Ali told the judge that the witnesses were responsible officials who recorded their statements without any pressure.

He further said it was their task to keep members of banned groups like the LeT under surveillance.

The prosecution witnesses had first testified about the training of the attackers in LeT camps during a hearing on September 29.
Comments
26/11 attacks